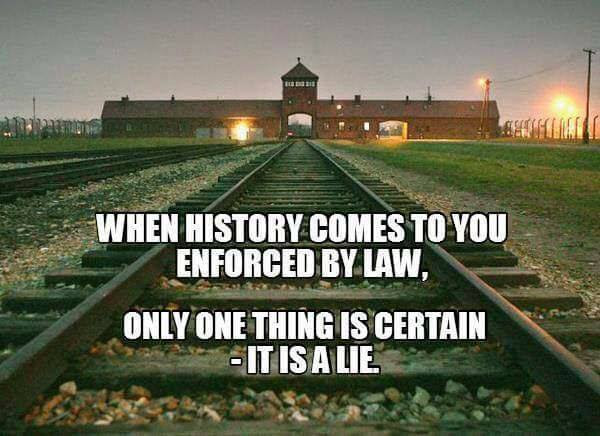 It’s all about “Soph””Soph” takes the world by stormOf Erik Forsell ,2019-05-17erik.forsell@nordfront.se6MEDIA. The 14-year-old American “Soph” is getting harder attacked for her Youtube videos. Jewish opinion makers hang out and harass her publicly. But Soph’s videos are spreading like wildfire across the West.

The now 14-year-old “Soph” has made about 40 videos since she started doing Youtubevideor videos three years ago. Now, Jewish lobbyists are trying to get her banned from Youtube, even though she considers herself too young to belong to a political camp, and therefore does not engage in ideologies but only on issues. Although in a video, she hardly attacks the bad effects of communism.

If she gets another note on Youtube, she is shut down, and you have to follow her on for example BitChute instead.

The reason why a child who speaks about political issues has almost one million followers is that she is extremely politically incorrect when, among other things, she criticizes how the adult society abuses children for their own lusts – because she does not avoid the necessary multicultural problems. But she addresses a wide range of topics related to social and social issues.

Unlike previous youths who were shut down from Youtube for their political views, as the Hitlerist Evalion, who later changed his boyfriend and at the same time changed ideology and instead became a Leninist, Soph pays homage to no ideology.

Important issues for Soph are how children are treated by the adult world, not least by oppressive religious systems such as Islam and Judaism that allow child marriages both abroad and in the United States. She also deals with the widespread pedophilia in the film and TV industry in her videos, as well as what woman power and ” white power ” mean to her.

The hat train has started
It is the video “ Be not afraid ” that has created a lot of media rubbish. It is a film in which she breeds Islam for the institutionalized pedophilia where girls of her own age are treated as merchandise and are given away to old disgusting men.

The video prompted the Jew Joseph Bernstein who is a writer for Buzzfeedto in an article go out hard against the young girl and criticize her for everything he could think of: Islamophobia, racism against black, spread fear of pedophilia and at the same time dress their arguments in “napkin thin evolution psychology. “.

But Soph has long been criticized for anti-Semitism, and that’s probably why she is loosely hanging in her social accounts.

In the other states there are loopholes in the laws where children can marry “with the parents’ permission” which in practice means that families marry the children to old men.

At the same time, there are no laws that make it legal for the child to differ from his / her spouse, as she is not of age and thus is not legally permitted to apply for divorce.

Low in number, 167,000 children have been subjected to forced marriage in the United States between 2010 and 2017, says Soph, mainly in the weight of oppressive religious systems.

The worst countries in the world are Muslim countries in Africa and the Middle East, but other religious communities are also guilty of forced marriage for children, and these are also increasing in the United States with all foreign religious cultures.

In the Jewish state of New Jersey, 4,000 children are married between 1995 and 2012. Soph points out that in some Jewish orthodox associations, the marriage age for girls is 12 years, and that Catholic law allows for marriage to boys aged 16 and 14 years old.

– So, yes, one can say that common religious values ​​are about sexualizing their daughter as early as possible, probably to tie her to the fireplace before she can learn too much at school, and marriage makes it so much easier for men rape little girls, says Soph.

In the video she criticizes the Democrat and Orthodox Jew Gary Schaer as 2018 ensured that a law against child marriage in New Jersey was stopped from voting in just a few minutes before it was to be discussed.

He did so by referring to the fact that it would be offensive to “certain religious” societies, as even the previous New Jersey governor, Chris Christie , had said.

“I’ve talked to peers in other schools who say that if they express something positive about Donald Trump , they get quarreled for expressing hatred,” says Soph in an interview with Alex Jones at InfoWars. Jones has already been banned from several Jewish-owned and controlled platforms on the internet.

– If I had been super-left, they had not called me “brainwashed” and “exploited”, and they would say that I know what I’m talking about, not that it’s just about teenage rebellion. Then they had kissed my feet. It’s really a weird double standard. As with types such as Greta Thunberg , they never say that she is exploited, that she is brainwashed [because she has “the right” message].

Alex Jones believes that Soph is unusually good at conveying and reaching out with messages.

“Soph is verbal and well-informed about things,” says Alex Jones, who says that he has talked to her parents and that they help her with perhaps ten percent input, but she is herself on her legs as she delivers her message.

Sophs currently most chased critics, above mentioned Jewish Joseph Bernstein, receive a lot of support from so-called anti-racists but are also hacked by vloggers like Paul R. Ramsey .

Bernstein recently published a tweet in which he urged his followers to kill a white heterosexual man on their way to work.

At Bernstein’s call for murder of white, Ramsey tweets in response that he writes an article on Jewish power and extremism and asks Bernstein for an interview on the subject.

With his videos, Soph shows that people of low age can have such sensible arguments as old men who want to maintain an old and Jewish power order.