A Knapsack of Conservative Literature Scooped by Customs Censors

Is a speech by former U.S. Senator Jesse Helms (R-NC) about Martin Luther King “hate propaganda”? Some eager beaver censor wannabe at Canada Customs or Canada Border Service Agency, as it is now called, seems to think so. Activist Douglas Pearson was one of several Canadians returning from the July 6-7 annual conference of the Council of Conservative Citizens in Nashville, TN on July 8. He flew into Toronto’s Island Airport. His knapsack was ransacked and searched. What did the agent find? A pound of cocaine? A bag of smelly khat leaves, so beloved by Toronto’s drug addled Somali youth? No, nothing so dramatic. The agent found “literature.” When all was said and done, the snoops haul included: the Frankfurt School, a dvd produced by the Conservative Citizens Foundation; Communism With the Mask Off, a speech delivered in Nurnberg on September 13, 1935 by Dr. Joseph Goebbels; Pre-Emptive Ideology, Occasional Papers of the Citizens’ Foundation, Issue #7; The King Holiday and its Meaning, speech by Senator Jesse Helms, introduction by Samuel Francis; The Citizens Informer, Vol. 45, No. 1 (newspaper published thrice yearly by the Council of Conservative Citizens); The First Freedom, June, 2012, a newspaper; The Alabamian, May-June, 2012, a newsletter published by the Alabama Council of Conservative Citizens and CofCC Board member Leonard Wilson; and the Northwest Observer, Volumes #115 (February, 2012), #116 (March, 2012), and #117 (April, 2012), published by long-time U.S. writer Harold Covington.
This seizure #2012-4952-K27-0013 was made, presumably because the literature was considered “hate.” The suspect material then sent off to the “Prohibited Importations Unit” at 150 Isabella St. in Ottawa. If the material is deemed to fall under Classification D9-1-15 of the Custom Act – that is, “hate propaganda” – it will be seized. The victim can appeal through the bureaucracy. If the appeal is unsuccessful, the victim can take the matter to court. CAFÉ has considered this latter course on several occasions, but the cost might be $40,000 to salvage a $5 book. Should there be no appeal, “the material will be destroyed 90 days after the date of determination.” How are books destroyed? A good supporter of CAFÉ who had a copy of David Duke’s Jewish Supremacism seized some years ago, was told by a Customs officials that they were “burned.” So, our thought police practise book burning in Canada.

CAFÉ has fought the censorship provisions of the Canada Customs Act for 30 years. Persecutions and Customs censor vigilance wax and wane. In one orgy of censorship madness in the late ‘90s, Paul Fromm had a book bag with some 90 items, including Irish Fairy Tales, seized. He got almost all of the books back in the end. However, the thought policing powers of the Customs Act are an affront to free speech and the seizure of one’s property for “determination” is a violation of our rights to property, rights Trudeau’s Charter did not confer on us. Many Canadians have been deceived by this Napoleonic piece of sophistry. Anglo-Saxon law says the citizen has the right to do anything, except what is expressly forbidden by laws. The Napoleonic system says the citizen has only the rights conferred upon him by the State, The Charter’s rights are bogus, all subject to such “restrictions as are demonstrably justified in a free and democratic society.” The continual gutting of our free speech rights under the Charter shows how weak it is. 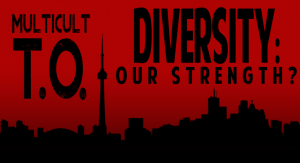 Twice in one week, Canadian officials behaved like bratty children. The Harper government ostentatiously directed our diplomats to walk out of he UN General Assembly prior to Iranian President Mahmoud Ahme\adenijad’s speech earlier this week. What is the point of having a place to meet the leaders — like them or not — of the world but then refuse to listen? This childish behaviour reminds one of the bratty kid who plugs his ears and chants and makes noise when another child is speaking.

Then, on Wednesday the Conservatives, under Opposition pressure, pulled two of their witnesses, a Montreal husband and wife team who run an immigration reform website. The Canadian Press (September 26, 2012) reported: “The Conservative government pulled two of its own witnesses from an immigration committee at the eleventh-hour Wednesday, calling material on the group’s website disgusting and un-Canadian. Although the witnesses — Madi and Julien Lussier of the Canadian Immigration Forum — were not publicly listed by the committee, they had been scheduled to appear at its first meeting of the current parliamentary session. NDP and Liberal MPs immediately balked at their presence as soon as they arrived at the committee, pointing to elements on the group’s website that they called shocking. Several MPs on the committee are immigrants.

Sections of the site include one on so-called “Chinafication” and “Arabization.” There is also a video interview with Canadian white supremacist Paul Fromm and several from a conference of the “racialist” group American Renaissance.

The site is called the Canadian Immigration Report, with the subtitle: “The impact of immigration and racial diversity on Canada and Canadians. A survey on the site asks how long immigration to the West should be halted.’If you want to protect and preserve Canada, stop immigration for at least 50 years,’ Madi Lussier wrote in a comment posted last month.”:

The main problem seems to be that MPs didn’t like what they thought were the couple’s views. That should be irrelevant. MPs MUST hear what Canadians are thinking, not just the immensely selfish and greedy and self-interested immigration lobby (immigration lawyers, social workers, ESL teachers, business leaders seeking cheap labour and high unemployment to keep wages down, and a few who dream of replacing the European founding/settler people of this country with others

The Canadian Press account continued: ” NDP MP Jinny Simms said she was appalled by what she saw on the website…. About 15 minutes later, the Lussiers were told by a committee aide that they would not be appearing that afternoon. Madi Lussier, who is undergoing cancer treatment, ripped off a wig she was wearing and waved it at the committee. She yelled “Shame!” as they walked out the door.

The Lussiers conceded their views might not be in the mainstream, but said the committee members behaved like cowards for not at least hearing them out. They argued their website features a range of views on immigration. ‘Is Canada going to look the way it does now in 150-200 years? Will the values of gender equality still exist? We don’t know,’ Julien Lussier said outside the committee. ‘Will the value of respecting homosexuals, environmentalism and democracy exist when the majority won’t be of European origin?'”

And, then, he final insult of this disgraceful episode. The Lussiers were disowned by the MP who invited them and we, the European  founding/settler people of this great Dominion are lectured on what it means to be Canadian by a newcomer from Taiwan: ”

Conservative MP Chungsen Leung’s office had put forward the names of the Lussiers as witnesses. He said that a constituent had told him that the Lussiers were lawyers and he was unaware of what was on their website. ‘The views stated on this website are disgusting and anti-Canadian. I am outraged by them,’ Leung said. ‘I have asked the Clerk that these witnesses be pulled. If they do appear, I intend to tell them the views on the website are abhorrent and un-Canadian.’”

Mr. Leung’s party leader, the Prime Minister, is a huge fan of Israel:”Israel’s values are our values,” he says. In the face of large numbers of illegal immigrants from East Africa, the Israeli Prime Minister Benjamin Netanyahu has stated that these illegals threaten to dilute the Jewish nature of the State of Israel. Fair enough. Then, why should it be reprehensible, “un-Canadian”  in the words of Chungsen Leung, to not want to see the replacement of the European founding/settler people of this country?

The Regina Leader Post (September 28, 2012) reported:; “In an interview with Postmedia News, Julien Lussier admitted he and his wife’s opinions on immigration are ‘quite avant-garde,’ but that dismissing them so abruptly was unfair.

‘Immigration is public policy. If we can’t talk about our public policy, we have no right criticizing a country like China for shutting down free speech,’ he said.

As for his views on immigration, he said he believes ‘poaching”‘ the best and the brightest from developing countries is unfair to those emerging nations and Canada should not accept any refugees.

Launched three years ago, the website features original content as well as links to both mainstream and alternative media articles. Included are original interviews with white supremacist Paul Fromm and American writer Tito Perdue, the latter of whom is quoted saying ‘the civilizations that black people alone have created … generally turn out to be a kind of hell on earth.'” This was the sixth time they had been scheduled to appear.

It’s almost boring to have to repeat but I am not and CFIRC is not “white supremacist.”  That is a discussion stopping smear, a term of abuse. White supremacists insist on imposing “White”  standards on the world — like, say, imposing our values on the role of women by force of arms in Afghanistan. We have no such imperialist goals. We are White Preservationists who wish to preserve our people’s position in the land we build, no more, no less.

Here the actual audio proccedings of the committee as they decide not to hear the Lussiers.       http://www.youtube.com/watch?feature=player_embedded&v=m0GKZEt0pqg