Facebook has explicitly banned Holocaust denial for the first time.

Facebook boss Mark Zuckerberg wrote that he had “struggled with the tension” between free speech and banning such posts, but that “this is the right balance”.

Two years ago, Mr Zuckerberg said that such posts should not automatically be taken down for “getting it wrong”.

“I’m Jewish and there’s a set of people who deny that the Holocaust happened,” he told Recode at the time.

“I find it deeply offensive. But at the end of the day, I don’t believe that our platform should take that down because I think there are things that different people get wrong. I don’t think that they’re intentionally getting it wrong.”

His remarks led to a large public backlash.

But on Monday, as Facebook changed its policies, he wrote that he had changed his mind.

“My own thinking has evolved as I’ve seen data showing an increase in anti-Semitic violence, as have our wider policies on hate speech,” he wrote in a public Facebook post.

“Drawing the right lines between what is and isn’t acceptable speech isn’t straightforward, but with the current state of the world, I believe this is the right balance.”

Earlier this year, Facebook banned hate speech involving harmful stereotypes, including anti-Semitic content. But Holocaust denial had not been banned.

Facebook’s vice-president of content policy, Monika Bickert, said the company had made the decision alongside “the well-documented rise in anti-Semitism globally and the alarming level of ignorance about the Holocaust, especially among young people”.

She said that later this year, searching for the Holocaust – or its denial – on Facebook would direct users to “credible” information.

But she also warned change would not happen overnight, and training its employees and automated systems would take time.

The World Jewish Congress – which had conferred with Facebook on anti-Semitism – welcomed the move.

“Denying the Holocaust, trivializing it, minimizing it, is a tool used to spread hatred and false conspiracies about Jews and other minorities,” the group said in a statement.

But it also noted that it had campaigned for the removal of Holocaust denial content from the platform “for several years”.

Jonathan Greenblatt, chief executive of the Anti-Defamation League, tweeted: “This has been years in the making.”

“Having personally engaged with Facebook on the issue, I can attest the ban on Holocaust Denial is a big deal… glad it finally happened.”

This was a bit of a “wait, they don’t do this already?” moment.

Perhaps that’s because Facebook has quite radically shifted its position on removing hate speech and fake news in recent months.

That influence has to be used responsibly, and Facebook acknowledges this.

The advertising boycott in July also helped cement the view internally that more had to be done to tackle hate speech.

But this latest move appears to indicate Facebook now accepts it needs to be more proactive in combating hate speech.

Tonight Facebook censors deleted my post of America’s Frontline Doctors. The main form of communications for many people must now please and pander 2 Zuckerberg. If ma Bell did this to phone lines & communications would we be so accepting? #onpoli#cdnpoliQuote Tweet

Randy Hillier@randyhillier · 14hEarly this morning Facebook removed over 2500 likes and 2000 shares from my post regarding America’s Frontline Doctors. It appears the only freedom we truly have, is the freedom to comply with and obey the orthodoxy. #onpoli #cdnpoli twitter.com/randyhillier/s…

They are likely elected to office and also running FB.  Diane

(Tea Party 247) – Facebook is stepping up their censorship game. Natural News was just recently banned for content that was never even shared on the social media platform and that’s a scary occurrence. Just when we thought Big Tech was already the most powerful industry in America, they prove they have even more tricks up their fascist sleeves.

What Facebook is looking to create is an online echo chamber where everything posted, and not posted, is lockstep with the Leftist agenda including all things LGBT and baby murder.

As Ethan Huff points out in an article on Evil News,

Soon, if you don’t brand all of your profile photos with the over-layered, six-colored “rainbow” of LGBTQP during “Pride Month,” for instance, Facebook might decide to terminate your account for committing “hate silence.” This is the direction where things are headed as the Tech Cabal increasingly targets free-thinkers who break from the herd with suspension, shadow-banning, de-platforming, and even permanent bans for violating their ever-evolving litany of “community guidelines,” which always cater to Leftists at the expense of conservatives.

Now the truth is deemed hate speech and whether you post it or just quietly support it, you are likely to violate Facebook’s ever-changing “community guidelines,” as they are dictated by the ever-devolving Leftist agenda. Don’t be surprised when conservatives are soon being targeted for committing “hate silence” by simply holding different views than the loving, tolerant Left. Once Facebook sees that you are not publicly supporting Pride Month or the mutilation of pre-pubescent “trans” children you will be flagged and targeted.

This kind of censorship is absolutely insane and a direct violation of our First Amendment right. It’s also extremely hypocritical of the Left, which is something that has become par-for-the-course. Literally every idea, cause, or movement the Left pushes is somehow in contradiction with either itself or other Leftists ideas, causes, or movements.

Just look at how their victimhood hierarchy is constructed. At the very pinnacle of the caste system are “transgender” people, then women are somewhere towards the top but not higher than transgender. Now biological men are dominating women’s sports simply by claiming to actually be women. The “transgender” agenda is at odds with “women’s rights and equality.”

Now we have the Left yelling “fascist” at conservatives all while they blatantly censor us across all forms of social media. Now they want to control our thoughts and take away our right to have our own opinions and beliefs! This has to stop.

There is no way they don’t see how hypocritical they are which makes it even more disturbing. As Huff puts it, “This is what today’s Left expects, after all: absolute compliance with every single one of their “progressive” dictates, no matter how insane or ridiculous.”

If you even so much as dare believe that abortion is murder and that dismembering unborn babies is violent and evil and should be illegal, you are deemed a threat to the Left. If you post these obvious truths they will accuse you of “hate speech” and if you don’t post content that shows you support baby murder they will accuse you of “hate silence.” This is a scary direction we are going in.

Our only hope is that President Trump makes good on the allegations he has recently leveraged against Big Tech and follows through on his promises to end the censorship by Big Tech tyrants.

Richard Warman as a board member of the Canadian Anti-Hate Network, or someone purporting to be him, today (July 5) sent English satirical chanteuse and free speech martyr Alison Chaloz a Facebook friend request. Warman has a 20-year history of snooping and spying on dissidents and then filing a variety of legal complaints.
Alison wisel blocked this chronic complainer and troublemaker. 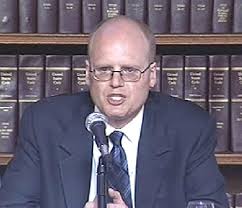 Published on June 28, 2019. Posted in COLLABOS AND RENEGATS

A STEP HAS JUST BEEN TAKEN BY THE FRENCH GOVERNMENT IN THE FIGHT AGAINST HATE ONLINE. ACCORDING TO THE SECRETARY OF STATE FOR DIGITAL, FACEBOOK HAS AGREED TO DELIVER TO FRENCH JUSTICE THE IP ADDRESSES OF HATE MESSAGE WRITERS.

The social network has just made a specific decision to France. According to Secretary of State Cédric O, Facebook has agreed to provide the French justice IP addresses hate messages on its network.

The Secretary of State welcomes this ” huge news “, “They told us (that) they would transmit the IP addresses for  the hate content online  that would be requested by the justice,” he explains. , quoted by Le Figaro . A step forward specific to France, which according to Cédric O, will allow the “judicial process” to “proceed normally”.

Facebook used to deliver IP addresses to the courts only in cases involving  terrorism  and child pornography . Now, this cooperation extends to hate online.

[It’s time to demand legislation that will treat these near monopolies — Facebook, You Tube, PayPal, Twitter — as public utilities which will be forbidden to discriminate against people because of their views or beliefs. Spread the world! — Paul Fromm., Director, CANADIAN ASSOCIATION FOR FREE EXPRESSION.]

According to Italian media, the majority of the pages supported the populist parties La Lega (The League) and the 5-Star Movement (M5S) — who currently govern Italy in a temporary coalition.

Facebook has justified its dramatic move by claiming that the sites shared fake news, so-called “hate speech”, and “divisive content” regarding immigrants, vaccines, and Jewish people.

Facebook used information from a report produced by a left-progressive NGO called Avaaz, which deals with “human rights” and environmental campaigns.

“We thank Avaaz for sharing its research so we could investigate,” said a Facebook spokesperson. “We are committed to protecting the integrity of the EU elections and around the world. We have removed a series of false and duplicate accounts that violated our policies on the subject of authenticity, as well as several pages for violation of the policy on changing the name.”

“We have also taken action against some pages that have repeatedly spread misinformation. We will take further measures if we find other violations,” the spokesperson warned.

69 people are talking about this

In its report, which was presented to Facebook on May 3, Avaaz said it had identified 14 Italian networks on Facebook comprising 104 pages and six groups, with a total reach of 18.2 million followers.

This week, Facebook took punitive action against 23 pages in these networks, with a total of 2.46 million followers and 2.44 million interactions over the last three months.

The technical motivation for the closing of the pages is linked to name changes: it is claimed they initially suggested themes that did not seem to allude to political parties or movements, but later changed the theme.

Among the closed pages are “We want the 5-star Movement in government”, which had 129,000 followers and almost 700,000 interactions in three months, “Beppe Grillo for President”, “Lega Salvini Sulmona” — which had 307,000 followers” — “Lega Salvini Premier Santa Teresa of Riva”, and “We Are 5 Stars.”

The most active page in support of the Lega party was among those closed, just as polls are showing that the Lega is currently the party with the most support among Italians for the upcoming elections.

Facebook’s efforts in Italy to influence the European elections are just the tip of the iceberg, Italian media noted.

According to the Italian daily La Repubblica, on May 2 Facebook opened a “war room” in Dublin devoted full time to the European electoral campaign, with 40 teams of engineers, scientists, researchers, threat specialists, and experts for each country.

There are 500 people working on the elections, with the assistance of 21 supposed “fact-checkers,” operating in 14 different languages.