Journalist and longtime free speech campaigner Gordon Watson gives his account of his attendance at the Quality Inn Waddling Dog the afternoon when CAFE’s meeting was supposed to occur. The meeting had been arbitrarily and, in defiance of a verbal contract, been cancelled the previous afternoon by manager Brandon Petraroia. When asked to leave, Mr. Watson left quietly. Nevertheless, the manager threw him a body check in a clear attempt to provoke retaliation which would have invited the five or so Central Saanich officers sent to shut down the free speech meeting the opportunity to arrest Mr. Watson. In the formal Freedom of Information request delivered Monday, Mr. Watson demands that Petraroia be charged with assault.

Mr. Petraroia seems to be in his fourth year in a Bachelor’s programme in International Hotel Management at Royal Roads University in Victoria. In his resume, he lists bartending experience. He also boasts that he has the “ability to deal with the public.” As a bartender, one would assume he had some training in dealing with the public and in keeping his hands off visitors to his premises. It turns out he is also a hockey player for the Waddling Dog Greasers in a Victoria Island Hockey League. In two seasons, 2014-2016, he scored 36 points in 47 games. Can one assume he learned that the behavior permissible on the hockey rink — body checks and blocking — might not be proper off the rink, especially when the victim is more than twice his age. Petraroia graduated high school in 2009 — let’s say at age 18 or 19. Seven years later that would make him 25 or 26. Mr. Watson, the man he blocked and body checked is 67! Mananger/”owner”? Brandon is behind the cop. In his on-line resume, Mr. Petraroia lists himself as “assistant manager” at the Waddling Dog. He introduced himself to Mr. Watson as the owner and to Mr. Fromm alternately as the “manager” and “the owner.” The Battle of the Waddling Dog continues. 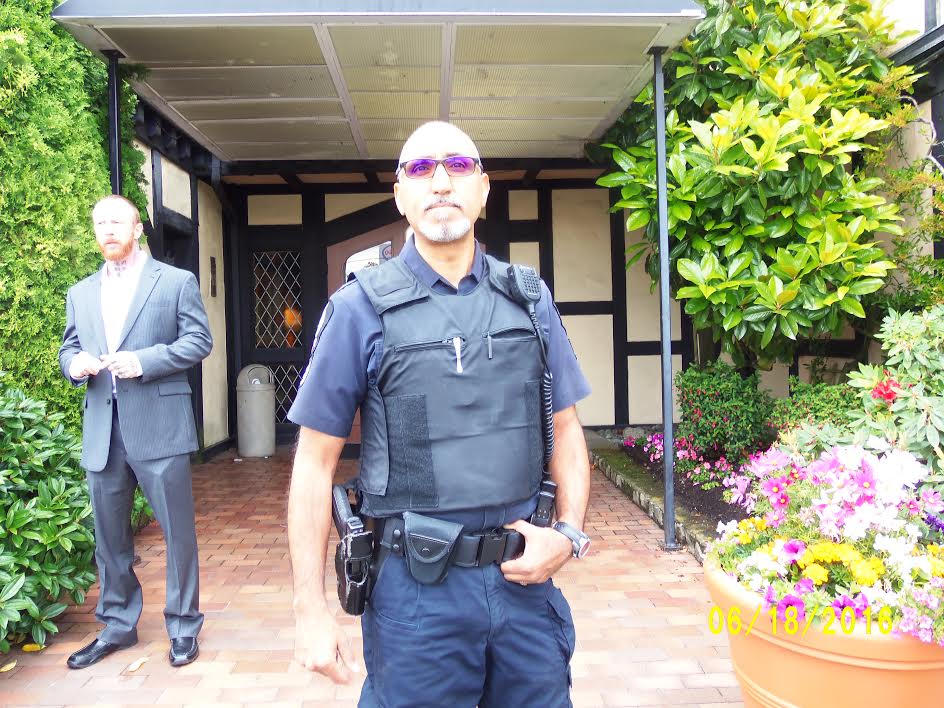 Below is the Freedom of Information demand which I hand delivered, at 11 am today (Monday, June 20, 2016) it included the 20 pages of Your ward News / one page of your announcement of the meeting / 4 pages of photos taken that day
Gordon S Watson — —- —-