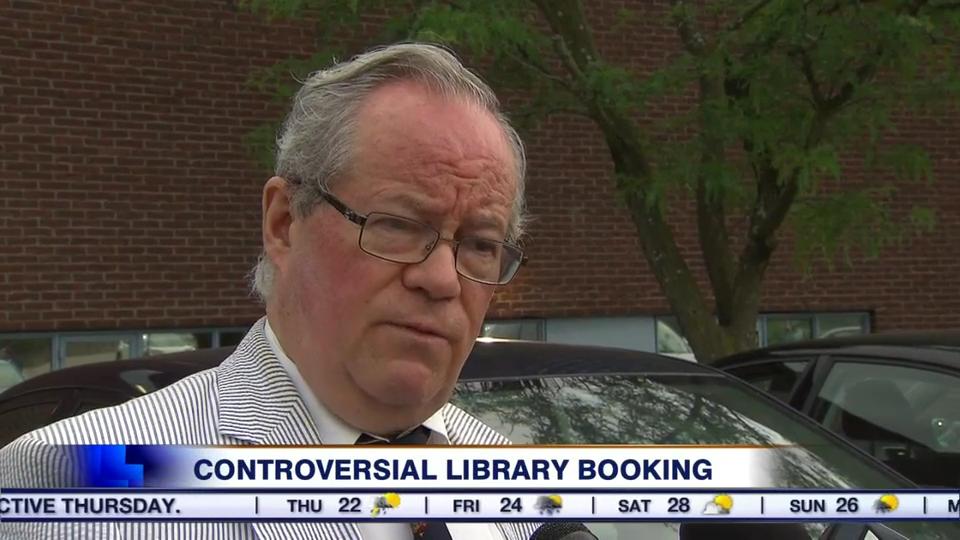 YOU OWE US AN APOLOGY

Your article “Don’t Blame Library for Hate Gathering” (Toronto Sun, July 13, 2017) is a disgrace. Of course, I agree with your conclusion that the library should not discriminate among various political or historical views.

However, you heap defamation and smears on the attendees at the Memorial for lawyer Barbara Kuazska. First, you were not there. You are relying on conjecture or, worse, the lies of mortal enemies of freedom of speech.

Your headline is a lie. The memorial was NOT a “hate” gathering. Hate, sadly is a criminal offence in this country. No one at that meeting was charged let alone convicted for anything said that night. The meeting was to celebrate the life of a brave diligent woman. It wasn’t about hating anybody.

You describe the attendees as ” pathetic anti-Semitic/anti-black/anti-female/homophobic/Islamophobic/etc. garden variety bigots” Nothing at the meeting was said criticizing  Blacks, women,  homosexuals or Moslems. Indeed we were honouring a woman!

As for Jews, the truth is that major Jewish lobby groups (Centre for Israel and Jewish Affairs, Friends of the Simon Weisenthal Centre, and former Canadian Jewish Congress spokesman Bernie Farber) were in the forefront of those trying to arm-twist politicians and the library into cancelling the memorial.  We know many Jews support free speech but these official free speech haters give the Jewish community a bad name.

Too bad you were not there, Liz. You might have seen several coloured folks in our ranks honouring Barbara Kulazska. I suppose they were White supremacists too!

The Sun owes us an apology and its readers the truth.

by Liz Braun, The Toronto Sun

TORONTO – The city is up in arms over a memorial held Wednesday for a lawyer whose name was synonymous with hate groups.

Kulaszka’s thing was freedom of speech cases; it is a widely held view that she was philosophically on-side with many of her clients.

At any rate, people were aghast, and rightly so, that any such meeting of hate-mongers was permitted at a branch of the library. Advocacy groups (such as the Centre for Israel and Jewish Affairs) were outraged that persons with known neo-Nazi ties were allowed to book space at the library, and even the mayor waded into the controversy saying he was “deeply concerned” by the gathering.

As a result, the Toronto Public Library says they will be reviewing their policy. They did not endorse the event, a library spokesman said, but they were legally unable to get out of it.

Let’s be honest here. The person who rented this space for Kulaszka’s memorial probably had no idea who and what was involved. A group of old white people? That could be anybody in that part of Etobicoke. These pathetic anti-Semitic/anti-black/anti-female/homophobic/Islamophobic/etc. garden variety bigots could only raise 25 people to gather on behalf of Kulaszka, and far more of them codgers than boogie men.

Could we please not blame the library? The libraries in our fair city are increasingly the drop-in-centres-of-last-resort, trying to keep the world literate even as they deteriorate into ad hoc old folks’ homes, psychiatric waystations, homeless shelters and day-care alternatives. Libraries are among the few places left where those on the fringes of society may freely enter, and that’s what happened Wednesday night when a group of old nutcase hate advocates gathered to swap yarns of fear and ignorance.

As we enter a new dark ages, racism and hatred are on the rise globally, fuelled by stupidity and liberated by the anonymity of social media. And those who gathered on behalf of Kulaszka are representative of all that, but the library is not responsible.

Wayne Sumner, a University of Toronto professor emeritus specializing in ethics and freedom of expression, has already said that the library did well to err on the side of free speech. He told CP that barring such events as the memorial, “raises disturbing possibilities of picking and choosing among points of view and what sort of speech is allowed and what sort of speech is not.”

If things deteriorate into hate speech? That’s a police matter, said Sumner, not a library issue.

The library did its best by having a staff member monitor the meeting.

This led one memorial attendant — who wished to remain anonymous, as these sad-sacks always do — to complain that there was a spy in their midst.

“What kind of country are we living in?” she asked, to which a librarian might have answered, “The kind in which people know their history, particularly if it involves book burning.”