French revisionist scholar Vincent Reynouard was arrested in Scotland on Thursday 10th November. He is presently in an Edinburgh prison cell, awaiting a court hearing on 24th November to determine whether he should be extradited to France, where he would be jailed under that country’s laws restricting historical and scientific enquiry.

Vincent Reynouard built his scholarly reputation with a detailed re-examination of what had been termed the ‘Massacre of Oradour’, and went on to become one of the world’s leading sceptical investigators of the ‘Holocaust’. Francophone readers should visit his excellent website.

British and American readers might be shocked that a specialist squad of police from SO15 – the Counter-Terrorism Command, directed from London – swooped on a small Scottish village to arrest this 53-year-old scholar, who is not accused of anything that would be a crime in the UK.

Yet in fact this is simply the latest example – though an especially important example – of an increasing trend across Europe, where politicised courts and prosecutors, aided by politicised police forces and intelligence agencies, are seeking to crush any dissent and enforce a quasi-religious obedience to one particular view of 20th century history.

The question that should immediately occur to any educated European is: why?

Why should our rulers be so afraid of what remains a small minority of scholars who – inspired by revisionist pioneers Robert Faurisson in France and Arthur Butz in the USA – have persisted in raising serious questions about the alleged murder of six million Jews, in unfeasible homicidal gas chambers, on the undocumented alleged orders of Adolf Hitler?

Any other area of history with such blatant evidential problems would have attracted dozens of academic sceptics. Yet with a handful of honourable exceptions, the academic world has not only been cowed into silence, but has queued up to accept lucrative commissions and tenured positions promoting the new religion of Holocaustianity.

Our rulers approach has been the well-tried one of ‘carrot and stick’.

The carrot is the promise of well-remunerated posts in universities and charities, combined with fat cheques from publishers, newspapers, television stations and movie studios.

The stick (increasingly used during the last quarter-century) has involved heavy fines and prison sentences. In Germany, the 94-year-old Ursula Haverbeck has been sentenced to another year in prison, and is expected to begin her incarceration any day now. Her equally courageous compatriot Horst Mahler (now 86) has at the last count spent about fifteen years in prison since his 70th birthday, again for the ‘crimes’ of publishing articles and books, and giving interviews about this forbidden area of 20th century history. And in the USA the exiled German chemist Germar Rudolf faces determined efforts to have him extradited to Germany, where he would certainly be handed a long jail sentence.

So far the UK has no such specific law criminalising historical revisionism, and several British historians, including leftists and liberals such as Timothy Garton Ash, have commendably condemned all such laws.

In 2008 a London court rejected the German government’s request for the extradition of Australian revisionist Dr Fredrick Töben under a European Arrest Warrant. Will a similar situation protect Vincent Reynouard?

New extradition arrangements post-Brexit have only been in force since 11 pm on 31st December 2020, so while we can see the statutory position, we have little in the way of case law (on either side of the border).

I am not a lawyer, but I was closely involved in research work for the Töben case, and have had good reason more recently to refresh my memory and understanding of the legal position regarding EU citizens travelling or resident in the UK.

Traditionally the UK’s position on extradition (as was once common internationally) was based on two essential principles. One was the existence of an extradition treaty with the country concerned, which entailed mutual respect for legal systems. For example, the lack of such a treaty with Spain (due to political embarrassment over the presence of numerous anti-Franco exiles, including terrorists, in the UK) meant that Spain became notorious for decades as a refuge for British criminals – i.e. non-political criminals such as bank robbers.

Once such a treaty was in place, the essential principle was ‘dual criminality’, i.e. that the offence of which the requested fugitive was charged should also be an offence in the country from which extradition was sought. Naturally the criminal laws involved would rarely be identical, and it was up to the courts to resolve whether ‘dual criminality’ applied.

In a case such as that of Vincent Reynouard, this would once have presented a problem for the authorities. It would have been necessary to prove not only that he had committed ‘Holocaust denial’ (not in itself of course an offence in the UK), but that he had done so in a manner which also contravened some UK law (such as the laws against “inciting racial hatred”).

As readers can easily imagine, the “dual criminality” requirement allowed legal loopholes to be exploited in any number of criminal cases, especially those which involved wealthy crooks, or IRA terrorists who had a well-funded support network, and whose extradition from European countries (or the USA) to the UK was occasionally blocked.

So even setting aside our enemies’ broader political agenda, there were (from the general public’s viewpoint) apparent practical advantages to the European Arrest Warrant (EAW) system, which after long discussion replaced the traditional extradition laws, and took effect in the UK on 1st January 2004.

Under the EAW there was a fundamental assumption that all legal systems within the EU could trust each other to respect natural justice, etc.; and there was no need to establish “dual criminality”.

In place of the latter principle, the EAW established a list of “framework offences”. Once it could be shown that a fugitive was accused of anything that fell within these quite broadly defined “framework offences”, he would be extradited very swiftly in what amounted to a “rubber-stamp” procedure even though it formally took place in court. There was no provision in most cases for the courts to investigate the full circumstances of the alleged ‘crime’ before extradition under an EAW.

One of the framework offences was “racism and xenophobia”. However, so far as ‘Holocaust denial’ was concerned, there remained a potential loophole.

This loophole only existed because of objections that were raised in the House of Lords during passage of the legislation that wrote the EAW system into UK law.

Under repeated cross-examination by peers, the Home Office minister in the Lords (Baroness Scotland) gave a specific assurance that the EAW would not amount to a back door criminalisation of Holocaust denial in the UK.

The position was to be as follows. If any element of the ‘offence’ of ‘Holocaust denial’ had taken place in the UK, it would be deemed to fall under UK law and therefore (unless it could be shown that it also involved other existing crimes under UK law) extradition would not take place.

A ‘Holocaust denier’ would only be extradited under a European Arrest Warrant if it could be shown by the requesting country’s authorities that the ‘crime’ had been committed purely and simply within the jurisdiction of the country concerned.

The specific example given to Parliament was of someone who had made a speech in Cologne market place denying the ‘Holocaust’, and had then escaped to the UK before being apprehended. In such a case (provided other boxes were ticked, such as the offence potentially attracting a prison sentence of more than 12 months) the requested person would be extradited.

However, if someone had produced a magazine, or a book, or a website, or an online video, etc., ‘denying the Holocaust’, then such a person would not be extradited. Even though part of the ‘offence’ might have been committed in France, Germany or wherever, part of it would also have been committed in the UK.

The minister’s precise words to Parliament included the following assurance:
“Holocaust denial …is a very particular offence. We would say that those engaging in that endeavour in part in this country would not be capable of being extradited as the offence would in part have allegedly been committed in this country, and in this country it is not an offence. So we would not extradite those involved in it.”

Such was the difficulty for the German authorities in the Töben case. They issued a European Arrest Warrant, and Töben was arrested while merely passing through London’s Heathrow Airport on 1st October 2008. He was jailed pending extradition, which at first was expected to be a ‘rubber-stamp’ process.

However, on closer examination (once Töben was represented by extradition specialist Kevin Lowry-Mullins rather than by a duty solicitor) it was found that the German request was insufficiently detailed. The reason for such vagueness was obvious: the authorities both in Berlin and London were well aware that Töben’s alleged criminal conduct did not fall within the very limited definition of ‘Holocaust denial crimes’ for which people could be extradited from the UK. To do so would be a flagrant betrayal of pledges to Parliament during passage of the EAW into UK law.

Consequently, the legal difficulty (and political embarrassment) was colossal. After the Westminster magistrate ruled against extradition, the British and German authorities swiftly dropped their appeal, resulting in Töben’s release.

So the question in 2022 becomes whether the new arrangements that have replaced the EAW post-Brexit, in relation to extradition from or to the UK, are in any way similar in their application to Vincent’s case.

These new laws were agreed as part of the ‘Trade and Cooperation Agreement’ between the UK and the EU which regulates the whole spectrum of such relations post-Brexit. It passed into UK law in the European Union (Future Relationship) Act 2020, which took effect at 11 pm on 31st December 2020.

Broadly speaking this replicates the EAW, in that it is intended to fast-track extradition (in each direction) between the UK and EU countries, and is similar to the existing arrangements that the EU has with Norway and Iceland.

Specifically, there are very limited grounds on which it will be possible to argue that Vincent should not be extradited, and there is a presumption that the whole procedure should be completed swiftly.

It is potentially important that the new law – unlike the EAW system – does not specifically state that the UK and EU nations have “mutual trust” and “mutual confidence” in one other’s legal systems.

Moreover it is stated in the new law that any extradition should be “proportionate” and in particular should avoid long periods of pre-trial detention.

One potential argument is that the French legal system is so heavily politicised in respect of thought-criminals (especially ‘Holocaust deniers’) that there are serious grounds for believing that Vincent Reynouard’s fundamental rights would be imperilled by extradition.

There will be extensive updates here at the Real History blog on the Vincent Reynouard case as it develops. And we shall very soon be reporting on a broader new initiative to advance revisionist scholarship with the aid of a new generation of European intellectual adventurers (to use Professor Robert Faurisson’s celebrated term). — Peter Rushton 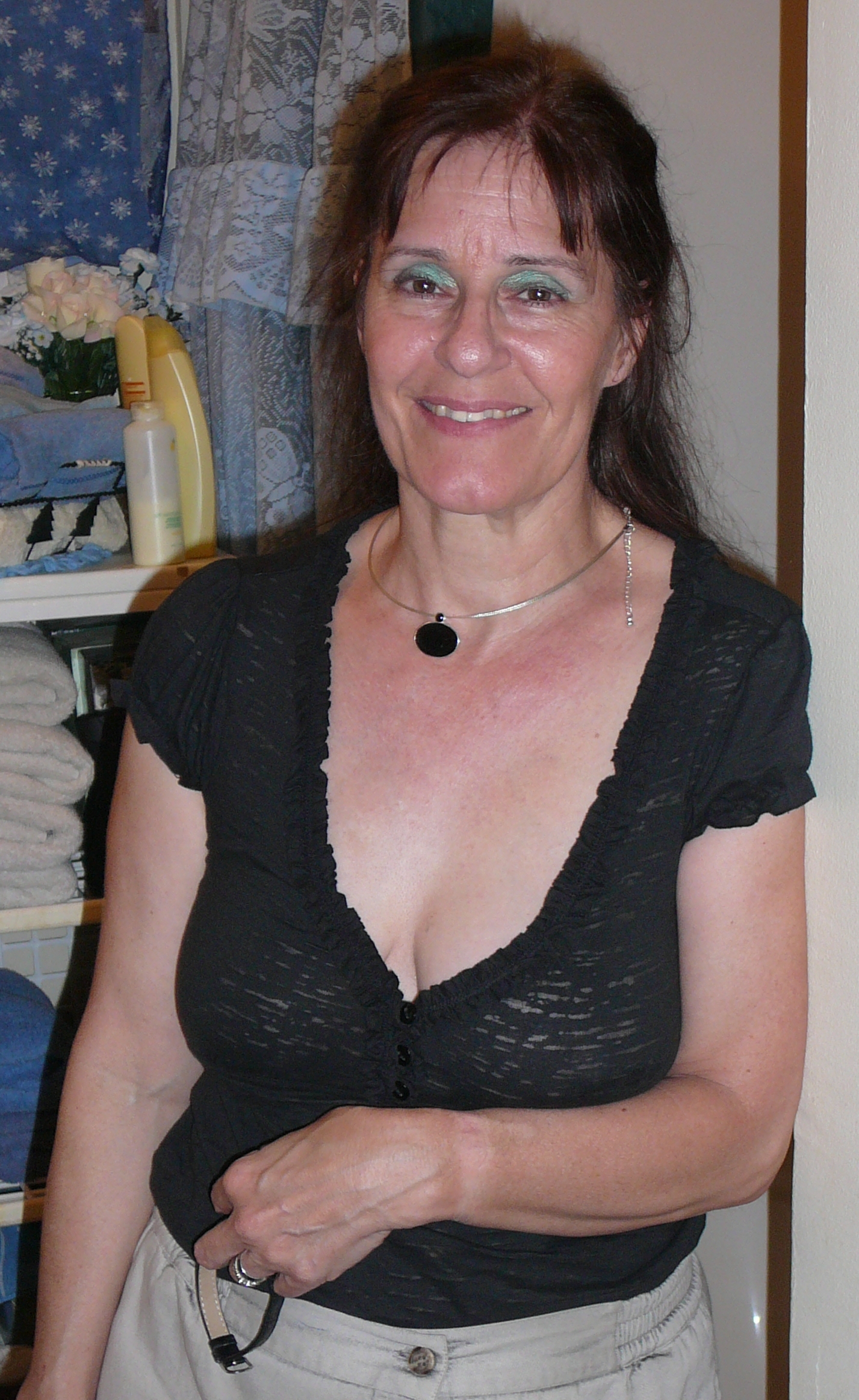