Senate Ethics Committee Recommends Sen. Beyak Be Suspended Again & Sent Back to Political Re=education CampThe following story shows just how far down the Cultural Marxist road we have come to Stalinism. The Senate Ethics Committee is recommending that Senator Lynn Beyak be again suspended (no pay, no benefits) because, it seems, her apology for posting letters critical of natives and offering another view of the residential schools was not abject enough. During her previous suspension she was to take a political re-education “anti-racism” course, at her own expense. Well, it appears that she did not change her views. She resisted being re-educated. The report scolds: ” Sen. Beyak failed to exhibit any willingness to learn and because of this the training provider did not provide the agreed-upon instruction in its entirety.”In other words, she did not change her views.

Make no mistake about what this means. Should the full Senate endorse the committee’s recommendations, they will effectively have subverted the career of a duly appointed Senator,. They will have un-appointed her or sidelined her because they do not like her political views. She will have been neutered — the Stalinists would have called it “liquidated” — and prevented from doing the job she was appointed to do. the implications of being sent off for  re-education are chilling. The Senate was established as a chamber of “sober second thought”, not as a rubber stamp for the social justice warrior fads of the day or the endless White-bashing that constitutes Ottawa approach to Indian issues.

Beyak’s colleagues ousted her from the upper chamber temporarily last spring after condemning as racist several letters she had posted to her website.

The Ontario senator had published letters supporting her view that some Indigenous people had had positive experiences in residential schools, which the Truth and Reconciliation Commission concluded caused generations of First Nations, Metis and Inuit children to suffer abuse and alienation.

Some of the letters went beyond that, suggesting Indigenous people or their cultures are inferior.

Attempts to reach Beyak through her lawyer and her Senate office weren’t immediately successful Friday. In November, Beyak said she had met all the conditions to return to work.

She had removed the letters the ethics committee found most objectionable from her website, taken a briefing on the role of a senator, completed education programs on Indigenous history and delivered an apology, she said.

“I deeply respect the Senate and love working with my Senate colleagues. I pledge myself to uphold the highest standards of conduct and look forward to working hard for all of the people of Ontario and Canada,” Beyak wrote in a statement at the time.

But the committee concluded in a report released Friday that Beyak did not meet the conditions set out for her return, calling an apology she delivered insufficient and her participation in educational programs on racism towards Indigenous Peoples in Canada incomplete.

The committee agreed that the letters had been taken down and that Beyak had been briefed on her duties as a senator. But it wasn’t satisfied that she had taken her education on Indigenous history seriously.

The committee also found that Beyak’s one-sentence apology for having been found in breach of Senate rules wasn’t good enough. The senators “cannot accept an apology that fails to show awareness of the wrong, fails to accept responsibility for the wrong, fails to sincerely apologize, fails to atone for past actions and fails to commit to take action in order to rectify the situation,” they wrote.”

[In Cultural Marxist Canada, in the reptilian grip of an alien ideology, no one, not even a Canadian Senator is safe. In the interest of public debate, allowing many, not just narrowly approved, voices to be heard, Senator Lynn Beyak posted letters critical of Indians  she’d received on her website. The Senate  Ethics Committee recommends that she be stripped of her pay for the remainder of this Parliamentary session and be sent off to political re-education school on racism. An independent thinker, Senator Beyak was earlier kicked out of the Conservative caucus because she had the temerity to state that the Indian Residential Schools, established to educate native Indians from far flung communities in an effort to take them from the Stone Age to the edge of the modern age in one generation, were not all bad and that many of the staff were caring and dedicated people. Her balanced view was heresy in Ottawa where the demonization of Whites is a moral imperative.

Press reports are too prissy to give us exactly what the offensive letters said. CBC News (March 20, 2019) gave  this summary: “Five of the letters contained racist content, suggesting that Indigenous people are lazy, chronic whiners who are milking the residential-school issue to get government handouts.” It sounds like small potatoes. These critical views, right or wrong, are widely held in Northern and Western Canada. Why should they be silenced?] 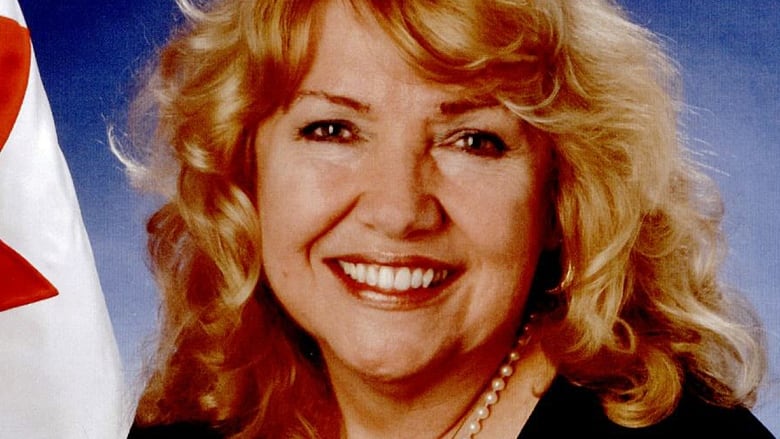 The Senate’s ethics committee is recommending that Sen. Lynn Beyak be suspended without pay for the duration of the current Parliament, over letters about Indigenous people she has posted to her website in March 2019.

The Senate’s ethics committee is recommending that Dryden Sen. Lynn Beyak be suspended without pay for the duration of the current Parliament, over letters about Indigenous people she has posted to her website.

The committee’s recommendations include that Beyak attend educational programs at her own expense related to racism toward Indigenous people in Canada.

The committee’s report also says the Senate administration should be directed to immediately remove five letters from her website if she won’t remove them herself.

The Senate ethics committee was tasked with recommending appropriate remedial measures or sanctions for Beyak based on findings from the Senate’s ethics officer.

The officer reported in March that the Ontario senator posted letters on her Senate website that contained racist content and therefore breached two sections of a code of conduct for senators.

Beyak could not immediately be reached for comment in response to the Senate committee findings.