The decision in the appeal by political prisoners Dr. James Sears & Leroy St. Germaine of the satirical YOUR WARD NEWS, convicted under Canada’s notorious “hate law, ” will be delivered by Zoom at 9:30 a.m., June 14 – Donald Trump’s birthday! The judge in this case is Mr. Justice Peter Cavanagh of the Ontario Superior Court of Justice. 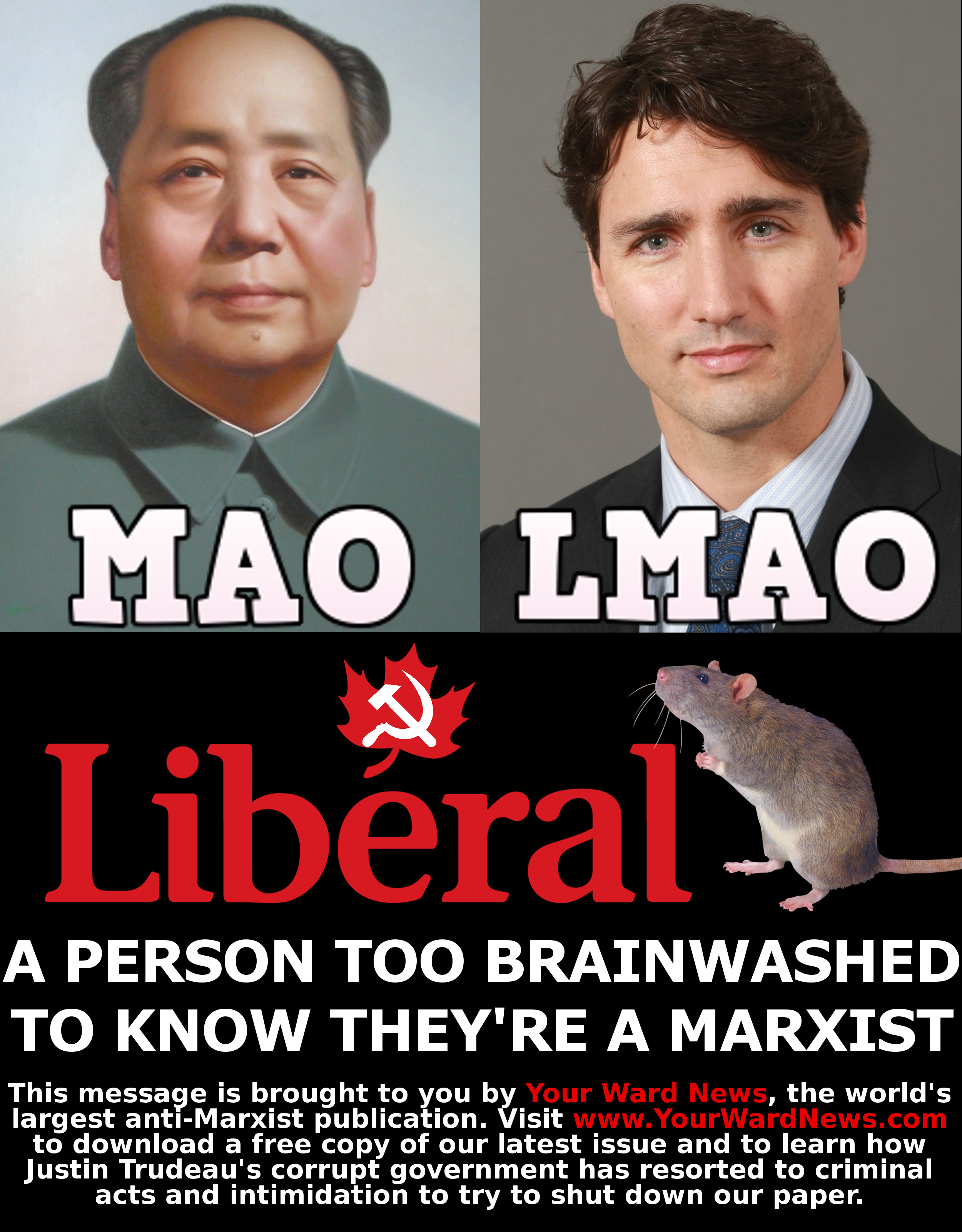 WARMAN SEEKS TO PUNISH YOUR WARD NEWS ADVERTISER
Canada’s great free speech champion, the late Doug Christie, explained the vile method of prosecuting freethinkers thus:  “Demonize, isolate, then criminalize.” It works like this:An individual is targetted usually by the Zionist lobby or the radical homosexual lobby. The conformist mainstream media moves in like piranas on steroids. The victim is demonized in a series of  hyperventilating articles of “news” (actually opinion rants) reports filled with weaponized words or defamation: “neo-Nazi”, “racist,” “White supremacist”, “holocaust denier.” The public may not fully understand these words and the victim may not identify himself as such, but the public knows the words mean he’s “bad”.
Now demonized, the victim is isolated. Former friends slink away or distance themselves. Co-workers or employers  grow afraid and disown the victim or, often, fire him. People are afraid to support the victim let they too be demonized.
Now, virtually alone and isolated, publicly defamed and trashed, the victim can be safely prosecuted.
We see this evil pattern in the ongoing persecution of the satirical East End Toronto tabloid YOU WARD NEWS, It is proudly anti-ZioMarxist and most politically incorrect. It’s enemies have tried to shut if down by demanding that the Toronto Police thought police, “the hate squad”, charge it under Sec. 319 of the Criminal Code, Canada’s notorious “hate law”. Thus far, that hasn’t worked. In another move, advertisers were targetted with abuse and threats.Sleazy anti-racists striking by night have repeatedly smashed the windows of YOUR WARD NEWS and ruined its door locks. Leftist postal workers refused to deliver it but were compelled to by their employers,
Champion Ottawa complainer Richard Warman then demanded that Canada Post cease delivering the newspaper as he disapproved of its contents — “racist, sexist” blah, blah, blah,
That didn’t work. So, off he went to the Canadian Human Rights Commission with a complaint against the Government of Canada and Canada Post for distributing YOUR WARD NEWS.
Then, in June, Public Services Minister Judy Foote arbitrarily cancelled the mailing rights of editor Dr. James Sears and publisher Leroy St. Germaine. Jackbooting English Common Law which does not inflict punishment until there has been a charge, followed by a trial, with evidence and argumentation, and then, and only then, if there is a finding of guilt. The minister asserted that she had reason to believe YOUR WARD NEWS was violating Sec. 319 (“the hate law”) and the law of criminal libel, although no charges have been laid and no conviction registered.
Part of the “isolate” tactic is to strip the victim of supporters. Should a friend or supporter prove recalcitrant, threats are now directed against him. That’s what is happening to one of the loyal advertisers in YOUR WARD NEWS. That infernal busybody Richard Warman is now seeking to damage one of the loyal advertisers professionally.

On his website, Warman reports: “Your Ward News update – There is a Toronto lawyer named David FAED who has been advertising for some time in the bigotry-filled tabloid called Your Ward News. Mr. Faed has chosen to continue advertising in this publication despite knowing of its contents given that I (and others apparently) have raised concerns with him directly.

The latest edition of Your Ward News includes material counselling the obstruction of justice by counselling male jurors to acquit men charged with sexual offences against women and girls without regard to the evidence before them.

I have expressed my concerns about a lawyer like Mr. Faed advertising alongside open bigotry to the Law Society of Upper Canada given my belief this constitutes unprofessional conduct and have asked that this latest information be added to the file.” (http://www.richardwarman.ca/)

Notice the admission that Warman has contacted advertisers seeking to get them to drop their ads and, thus, to inflict harm on YOUR WARD NEWS. As advertiser and lawyer Mr. David Faed has stuck with YOUR WARD NEWS, Warman now seeks to cause him professional harm with a complaint to the Law Society of Upper Canada,
Could it really be that in constipated, Puritanical politically correct Canada advertising in a politically incorrect publication could actually constitute unprofessional conduct?
We’ll have to wait and see.
Paul Fromm
Director
CANADIAN ASSOCIATION FOR FREE EXPRESSION