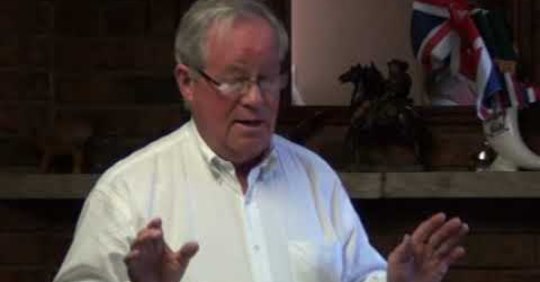 On Dominion Day, some call it Canada Day, many commentators reminded Canadians how much they have to be grateful for. Many burbled on about Trudeau phony Charter (of limited Rights and Freedoms). They cited freedom of speech. Don’t believe it for a moment. Brian Ruhe of Vancouver, who runs a meet up group on UFOs/ Conspiracy Theories and has posted some you tubes of speeches on historical revisionism, is the latest Canadian to face poverty: job loss is the price, on your own time, away from work, for expressing politically incorrect opinions.

CAFE Director Paul Fromm spoke to his group on Sunday May 2 in Vancouver on the menace posed by Bill C-51. Mr. Ruhe recorded  a YouTube of the talk and posted it on the Internet.

On May 12, he received a phone call from  someone calling himself “Lama Tsewang.” He is not Oriental. Mr. Ruhe says: “He is a Jew and a Canadian  Tibetan Buddhist lama named Lama Tsewang.” [It’s a weird old world!] The caller said: “Your students will know.” Mr. Ruhe teaches Buddhism and meditation at a number of venues in Vancouver. The caller continued: “The B’nai Brith is after you now. The school board will know about you. You’re a fascist, There is no free speech for fascists. The school board will know. I’ll make sure that you are fired. Fascism doesn’t deserve free speech. No free speech for fascism. Paul Fromm is not about free speech and anyone who brings him here cannot teach in a Buddhist temple. If you want to speak the truth, why did you bring Paul Fromm to speak?”

Well, apparently, these were not idle threats. Clearly, calls were made and freedom of speech, great in the abstract, means little to many weak employers. Brian Ruhe, a successful and popular instructor, is out of a job.

He explains:  “Today Friday July 3, I spoke on the phone with Bettina Boyle at Capilano University. She is the Programme Manager at Continuing Studies & Executive Education.  They are dropping me and trying other instructors but will keep me on file in case there is more demand. She said the evaluations of my courses  — Mindfulness Meditation for Stress Reduction —  were good and the attendance was good.

So, I said that didn’t make sense; if my evaluations were good then they should keep me. That’s what the other institutions have done. She sounded unsure of herself and said they decided on this a few months ago when this decision was made before she came.

Then she said they will get someone else for the fall and maybe they could consider me for the winter. I said that didn’t make sense either, because there is so little time, they should keep me for the fall since there’s no time now. They should have told me this months ago if they already knew they were dropping me, I said.

I said I believed that the real reason was because of my YouTube videos as I talk about Jewish supremacy and the revisionist history of World War II. She said she would check if there was another reason and call me back. She called back about five minutes later and admitted that they did have complaints and the reason I described was the reason why I was dropped, she admitted. She said they had to be really careful about these things. (So she lied initially.) I said I felt this is a free speech issue so what they’re doing isn’t right. She wouldn’t change her decision so I said I will challenge this. I have over 500 YouTube videos and I could make a video about this, I told her. She said I have the right to do that. I said I understand that, and I asked if that was all? It was, so we finished the conversation and then hung up.