The following article appeared in The Mississauga News (August 31, 2017). The Board has turned itself into something close to a national security institution. So fearful is it of the voice of the often angry people.. Security officers patrol the parking lot. Beefy security guards patrol the lobby.Visitor taxpayers or delegations have to sign in and show government ID,  to an institution THEY OWN. The peasants are advised they’ll be videotaped.

In my comments to the Board I pointed out the ancient right, under British Common Law, of her Majesty’s subjects to petition the Queen/King with their concerns of grievances. The Peel District School  Board would silence delegations or toss them off taxpayers’ property for  “offensive” comments.

In the letter advising me that my request to appear as a delegation had been granted, I was warned by Janice Mueller, Executive Assistant to the Director of Education: “Discourteous and offensive behaviour will not be tolerated and will result in ejection from the building.” Public SERVANTS have become hooped up Tyrants over the taxpayers who involuntarily are bled to support this institution. 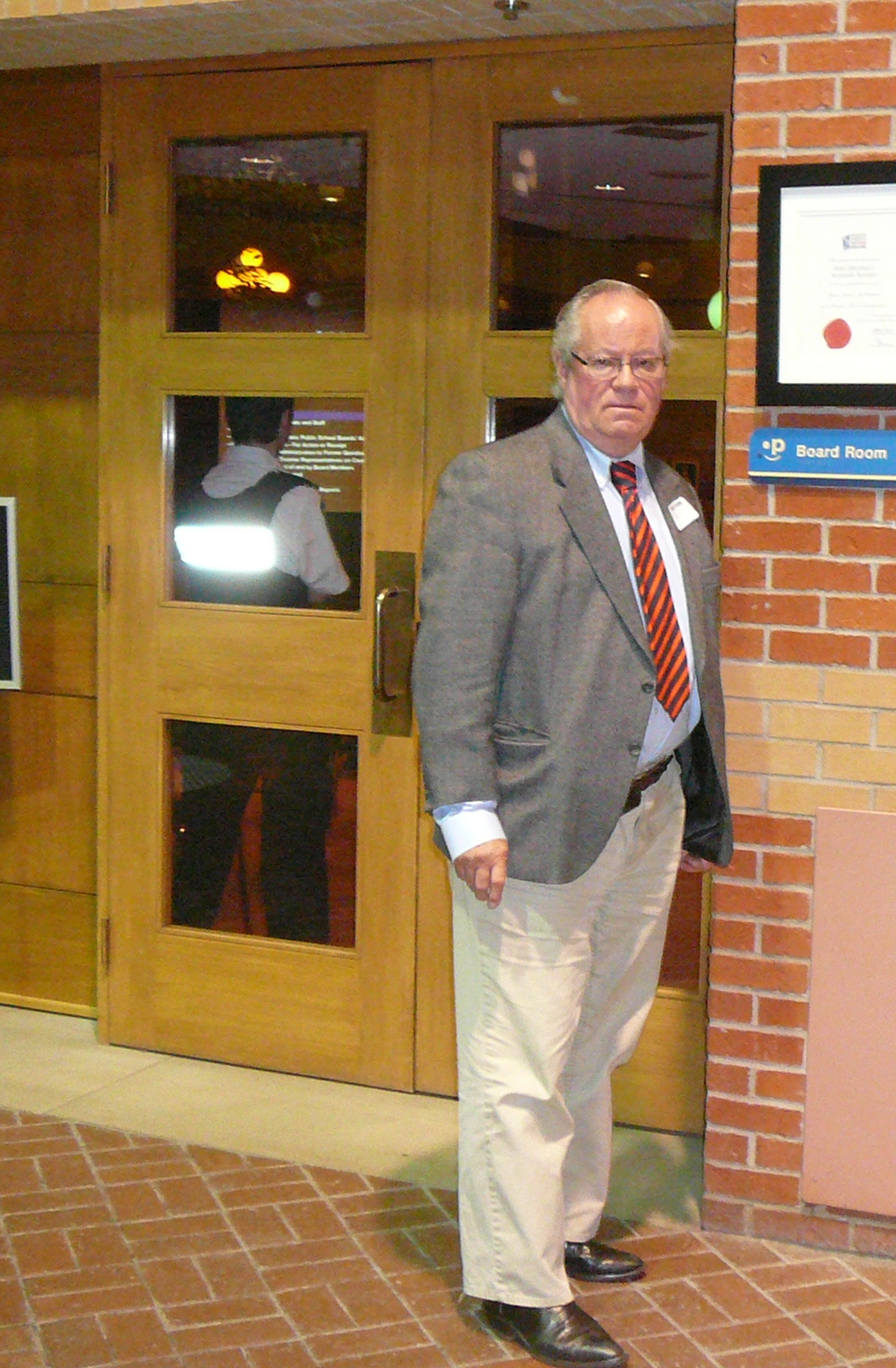 Here is an outline of some of my remarks.
RE: “Bylaw addition would give chairman more power over delegates”  (Mississauga News, July 20, 2017)
Dear Sir:
I fear that, like the ancien regime, the Peel District School has grown out of touch and arrogant.
Recently, they arbitrarily cut off delegations wishing to discuss special treatment of Muslim students.
Now, a new bylaw proposal seems even more ham-handed in stifling opinions they don’t like. It says, in part: “Delegations who use offensive language, make any disorderly noise or disturbance … or behave in a manner that is not consistent with … the Ontario Human Rights Code, may by ordered to discontinue the presence and/or leave the board room … or premises.”
In other words, parents and taxpayers, shut up but don’t forget to send in your August property tax installment that pays for the Board, and make sure it reaches us on time.
“Offensive language” is utterly subjective and, in an increasingly diverse and divided society, someone is likely to take offence at almost any remark.
Even more preposterous is the decision to turf people whose comments, presumably, are not consistent with the Ontario Human Rights Code. And the Board chairman is to make a snap decision to cut off a speaker? Nothing is contrary to the OHRC until a complaint has been launched, a hearing held where evidence pro and con and submissions pro and con are made and a finding of forbidden discrimination made.
Chairman Barbara McDougald, ironically, in your report clarifies the sinister censorship aims of this proposed bylaw. “An example of a delegate who could be asked to leave the property would be in individual who publicly describes another person in a ‘hateful way'”. Really? “Hateful” is entirely in the eyes of the beholder. Our community encompasses strong and antagonistic views which will clash.
We’re the taxpayers. It’s the Board who spends our money hugely who should shut up and listen to the taxpayers. And, no we shouldn’t have to doff our caps and bleat, “May I?”
Paul Fromm
Port Credit
Director
CANADIAN ASSOCIATION FOR FREE EXPRESSION

Controversial ex-teacher protests to Peel board over meeting bylaw 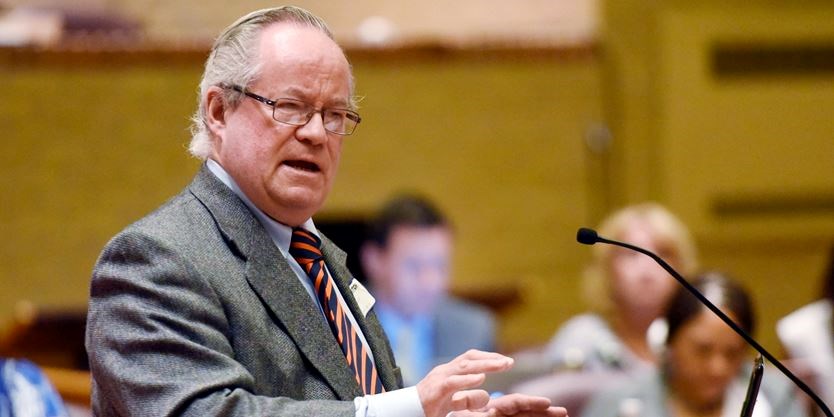 Former high school teacher Paul Fromm made a delegation to the Peel Board of Education regarding a recent bylaw change regarding public attendance at meetings. Aug 29, 2017. – Rob Beintema/Metroland

A former Peel District School Board employee whose teaching licence was pulled because of his political activities is questioning a bylaw change that gives the chair more power at school board meetings.

Paul Fromm, who previously taught at Applewood Heights Secondary School and the Britannia Adult Education Centre, spoke out to trustees at the headquarters of his past employer during the Aug. 29 regular meeting over an addition to section G-3 of the board’s bylaws that passed last June.

“You are the elected managers of the this board of education, but we, the taxpayers, are the owners, and we have a right to come before you and to speak,” said Fromm.

The section in question reads: “Delegations who use offensive language, make any disorderly noise or disturbance, resist the rules of the board, disobey the decision of the chair or of the board, or behave in a manner that is not consistent with board policies and the Ontario Human Rights Code, may be ordered by the chair to discontinue the prevention and/or leave the board room or meeting room or premises.”

So if the chair thinks a delegate violates the human rights’ code, they can have that individual booted from the property.

Fromm, who was fired from the Peel board in 1997 after he wouldn’t cut ties with known racists, wants the bylaw addition done away with. He was unaware at the time of this delegation that the change had already gone through.

Arguing that what is deemed “offensive language” can be broad and subjective, he said, “I don’t think anybody has a right not to be offended over contentious issues.”

The former Mississauga mayoral candidate also questioned how the board would interpret the human rights code.

The bylaw addition came about after months of tense board meetings last school year around opposition to Muslim prayer in Peel schools. Attendees are still required to provide photo ID and sign in before entering board meetings, a security measure that was implemented last spring to quell disruptions.

Though a response will be provided to Fromm at the next board meeting, chair Janet McDougald shared her thoughts on the ex-teacher’s delegation.

“I would disagree with Mr. Fromm – I think the board has proven itself in that we are more than willing to listen to people’s issues, complaints, criticism as long as it’s done in a respectful way,” said McDougald.

She’s confident that the board will be able to detect when language or actions at meetings are “discriminatory.”

McDougald is familiar with Fromm, whose teaching certificate was revoked by the Ontario College of Teachers (OCT) in 2007.

According to his OCT decision notice, Fromm previously attended events run by white supremacist groups such as a Heritage Front celebration for Adolf Hitler’s birthday in 1991 as well as a National Alliance event in 1994, where he shared the stage with former Ku Klux Klan head David Duke.

The OCT decision also states that Fromm co-founded the Citizens for Foreign Aid Reform and the Canadian Association for Free Expression – two organizations that support “beliefs and values contrary to the principals of multiculturalism and tolerance.”

McDougald noted that the board was open to Fromm’s comments, despite his controversial history.

“The very fact that we didn’t shut him down because of past practice or activities shows that we are open to that (listening to his delegation),” she said. “He was very respectful and he will get a respectful response.”