The rights of Canadians to freely hold and express beliefs are being eroded at an alarming speed under the Trudeau government. Some of its recent decisions even require that Canadians renounce their most deeply held moral convictions and express opinions they disagree with.

In 2018, the Liberal government denied summer job funding to organizations, including charities, that would not sign an attestation supporting abortion. It also passed bill C-16 as part of a trend to force Canadians to express support for the existence of various gender identities beyond the biological categories of male and female, and to use pronouns demanded by those who identify with these other genders.

In addition to these assaults on conscience, the government launched a series of regulatory attacks on free speech on the internet and is pressuring social media companies, which are already censoring speech that isn’t politically correct, to crack down even more. It is also considering bringing back Section 13 of the Canadian Human Rights Act. This hate speech provision was repealed by the Conservative government in 2013 because it was being used arbitrarily to censor statements that offended some people on the internet.

In what appears to be a first step towards restricting our right to criticize some religions, it adopted M-103, a motion that condemns religious discrimination but only specifically mentions one religion, Islam, and without defining the term “islamophobia.”

Finally, on university campuses, a growing number of faculty and administrators—those who should be fighting for open debate of controversial ideas—have become aggressive advocates for censorship.

History and social scientific research show that freedom of conscience and freedom of expression, when maximally protected, advance the intellectual life of a nation, foster greater ideological diversity and societal understanding, and nurture other freedoms necessary for a successful democracy.

This is why Section 2 of the Canadian Charter of Rights and Freedoms guarantees citizens freedom of conscience and religion, as well as freedom of thought, belief, opinion and expression, including freedom of the press and other media of communication.

What some people find politically incorrect, offensive or even hateful cannot serve as the legal basis for discrimination and censorship. Canadians should be able to enjoy maximum freedom of conscience and expression as guaranteed in Section 2 of the Charter.

A People’s Party Government will:

Thursday, June 15 was a grim day for freedom of speech.  After months of debate and some spirited opposition, the Senate passed.67-11, one of the pet projects of self-described feminist,  best

buddy of the transgendered and enthusiastic participant in gay pride parades from Montreal to Vancouver, Justin Trudeau. This bill will make criticism of yet another privileged minority — now gender identity and gender expression — difficult. If your criticism is deemed “hate” under Sec. 319 of the Criminal Code, Canada’s notorious “hate law”, you could go to prison for two years. Under Canada’s welter of pernicious federal and provincial human rights (minority special privileges) laws, you might be compelled to call a sexually weird individual by whatever pronoun he/she/it/zee/zuu/zur insists on. As the next story makes clear, this is already happening. CTV News (June 15, 2107) reported: ” Nicole Nussbaum, a lawyer with expertise in gender identity and gender expression issues, says she’s relieved the bill has finally passed. Parliament has seen earlier versions of the bill for more than a decade, but never approved one. Including gender expression and gender identity in the Canadian Human Rights Act will ‘address the really desperate situation that many trans and gender non-confirming, non-binary people experience as a result of discrimination, harassment and violence,’ she said in an interview with CTVNews.ca.” Hang on a minute: Violence against anyone, sexually weird, confused or otherwise is already illegal. And, “non-binary” — meaning not one of two (that is, male or female) — would seem to suggest people who are seriously confused and perhaps mentally ill. Now, they must be treated with care and their delusions adopted. The CTV report continued: “The Senate took seven months to study and debate the bill, a process that included discussions about whether it would force people to use unusual pronouns.

The Canadian Bar Association, which spoke in favour of the bill, called those fears a misunderstanding of human rights and hate crimes legislation. ‘Nothing in the section compels the use or avoidance of particular words in public as long as they are not used in their most ‘extreme manifestations’ with the intention of promoting the ‘level of abhorrence, delegitimization and rejection’ that produces feelings of hatred against identifiable groups,’ Rene Basque, president of the CBA, wrote to the Senate legal affairs committee last month.” For one thing, Basque is speaking only of the “hate law” here, not the much more loosey goosey human rights laws. Supposing an employer refers to a person who looks male as “he”, but is told the person feels like a woman today and wants to be called she or zee or they. If the employer is a traditional Christian or just a common sensical sort and does not want to join this person in their fantasies and insists on referring to the individual as “he”, might this not suggest “abhorrence, delegitimization or rejection”? And, if so, the poor employer has big legal problems. Professor Jordan Peterson of the University of Toronto was warned last Autumn that, if he did not address the transgendered or sexually mixed-up by the made-up pronoun of their choice, he could face  discrimination problems with the Ontario Human Rights Commission. 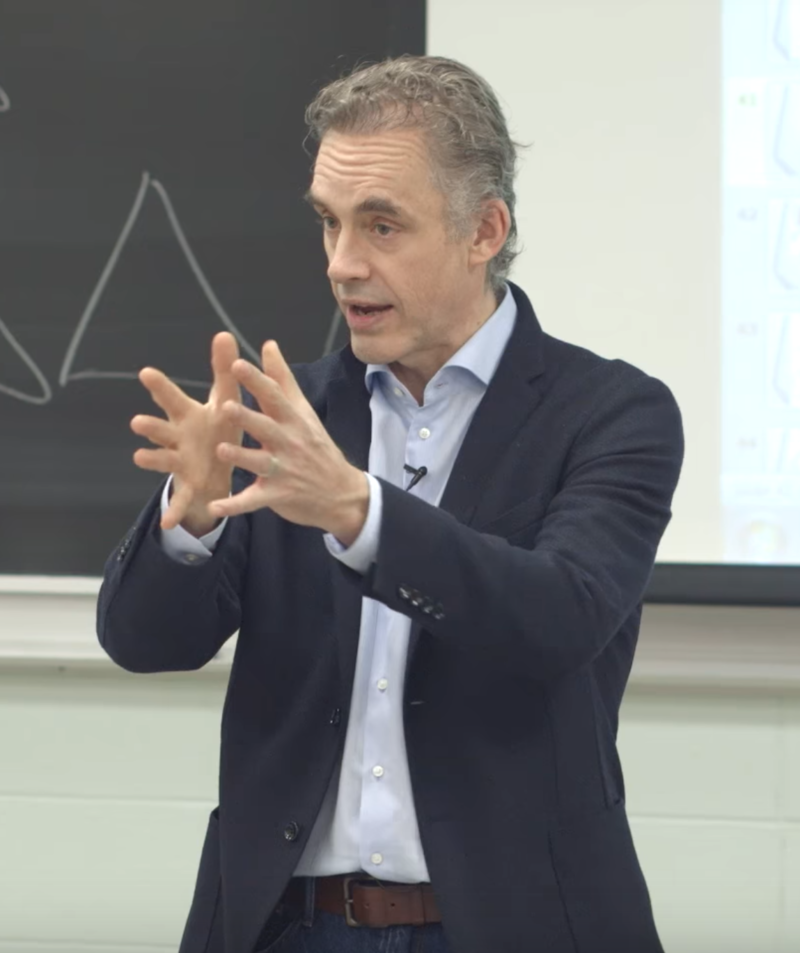 The Daily Caller News Foundation (June 16, 2107) explained the new law is “making it illegal to use the wrong gender pronouns. Critics say that Canadians who do not subscribe to progressive gender theory could be accused of hate crimes, jailed, fined, and made to take anti-bias training.  Canada’s Senate passed Bill C-16, which puts ‘gender identity’ and ‘gender expression’ into both the country’s Human Rights Code, as well as the hate crime category of its Criminal Code. …  ‘Great news,’ announced Justin Trudeau, Canada’s prime minister. ‘Bill C-16 has passed the Senate – making it illegal to discriminate based on gender identity or expression. #LoveisLove.’ [Uh, what does sexual confusion have to do with love, Trust Fund Kid?]

Jordan Peterson, a professor at the University of Toronto, and one of the bill’s fiercest critics, spoke to the Senate before the vote, insisting that it infringed upon citizens’ freedom of speech and institutes what he views as dubious gender ideology into law. ‘Compelled speech has come to Canada,’ stated Peterson. ‘We will seriously regret this.’‘[Ideologues are] using unsuspecting and sometimes complicit members of the so-called transgender community to push their ideological vanguard forward,’ said the professor to the Senate in May. ‘The very idea that calling someone a term that they didn’t choose causes them such irreparable harm that legal remedies should be sought [is] an indication of just how deeply the culture of victimization has sunk into our society.’ Peterson has previously pledged not to use irregular gender pronouns and students have protested him for his opposition to political correctness. ‘This tyrannical bill is nothing but social engineering to the nth degree, all in the name of political correctness,’ Jeff Gunnarson, vice president of Campaign Life Toronto, a pro-life political group in Canada, told LifeSiteNews.”

Senator Apologizes for Using “Nigger” to Make A Point

So crazy has political correctness become and the supremacy of minorities that a Canadian senator trying to score a point against free speech is forced to  cringe and apologize for having used the word “nigger” as an example of language that hurts people and that must not be allowed.

The Toronto Star (May 18, 2017) reported: “Sen. André Pratte apologized Thursday for using a notorious racial slur during a Senate committee hearing, where he uttered the so-called “N-word” as an example of an epithet that should never be used. In an interview with the The Canadian Press, Pratte said he was trying to make the point during Wednesday’s hearing that there are limits to free speech when speaking about people, especially those who are vulnerable and subject to discrimination. ‘In making that point, I mentioned black people, for instance, and that’s when I used the word,’ Pratte said.

If he offended people by using the word in that context, he apologizes unreservedly, Pratte said.

‘Obviously I didn’t want to hurt anyone’s feelings, he said. ‘I accept it was an improper choice of example . . . and I apologize that for that.’ Committee witnesses at the Senate legal affairs committee were making free-speech arguments while debating the Liberal government’s legislation to bar discrimination on the basis of gender identity or gender expression.

If passed, the legislation would make it illegal to deny someone a job or to discriminate against them in the workplace on the basis of their gender identity or how they express it. It would also amend the Criminal Code to extend hate-speech laws.”

The Committee was studying Bill C-16, a dangerous anti-free speech measure, which will add the transgendered and sexually confused to that list of privileges groups which you may not criticize, or criticize only with much difficulty, under Canada’s notorious “hate law”, Sec. 319 of the Criminal Code.