A Battle for Freedom of Speech and Religious Liberty: Bill Whatcott, the Evangelist, versus Ronan Oger, the Transgendered

This will be a very expensive Autumn for CAFE. We have intervenor status in the complaint by Ronan Oger, now calling himself Morgane, a transgendered activist who filed a complaint against Bill Whatcott for distributing some 1,500 leaflets during the May, 2017 British Columbia provincial election. Oger, it was publicized,  a vice president of the NDP in B.C., might be the first elected transgendered creature in Canada. Oh, wow!

But it was not to be. Mr. Whatcott’s leaflet argued that the Bible says there are only two sexes: man and woman. If Oger can’t even get his sexuality straight, can he really be trusted to make weighty decisions on finance and other matters. Oger lost in an election that was trending NDP in urban areas. He threw a hissy fit and filed a complaint with the B.C. Human Rights Tribunal, alleging that Mr. Whatcott’s leaflets were discriminatory and wounded his “dignity” on the basis of his sexual identity. It might be argued that a guy who puts on a dress, earings and lipstick has already damaged his own dignity. 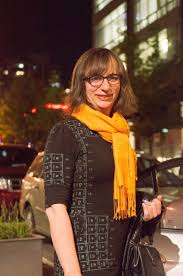 As bizarre as all this may sound, it’s actually quite serious. Part of our democratic freedoms is the right to support or challenge a candidate on the basis of character and policy. Bill Whatcott very skillfully challenged Oger’s delusions about sexual identity — he was married to a woman and fathered two children — and argued that such confusion raised questions about his suitability for public office. Should the B.C. Human Rights Tribunal find against Mr. Whatcott, we shall be seeing the limiting of one’s right even to criticize someone’s sexual identity. If I wake up one morning and feel I am Napoleon, no one should be compelled to address me as “Emperor”.

The Tribunal is already insisting that participants play in Oger’s delusional sandbox. In our submissions, we must refer to him as her/she. CAFE refuses to say the Earth is flat. So, our written submissions may seem awkward. Thus, “Oger’s complaint [we will not say, “Morgane”] was filed as retaliation for Oger’s having lost the 2017 election”. You get the picture.

There is strong reason to suspect that the Tribunal chair (no, that’s a piece of furniture), chairman (oops, that might be sexist), chairwoman (? whatever) is hopelessly biased. As of November 11,  defence has not yet won a single motion. The chairman, Devyn Cousineau (that’s a woman) is a radical pro-lesbian activist and financial donor. For instance, in  each of 2014, 2015, and 2016, she contributed between $100 and $249 to Qmunity, a group dedicated to “building better, queer, trans and 2-spirited lives 365 days of the year” and in 2013 an unspecified sum to the  same cause. We have challenged her to recuse herself on the basis of “a reasonable apprehension of bias”. She has refused, but, perhaps, feeling vulnerable, late in the day asked the government to appoint two more adjudicators to make it a panel of three. The proceedings are getting nasty.

Oger’s lesbian lawyer is demanding $5,000 in costs before the hearing is even held. Cousineau has not yet ruled on this but notes: “Mr. Whatcott’s public comments are deliberately derogatory towards Ms. Oger. He is also, in colourful terms, highly critical of the Tribunal and me personally and clear in his view that this process is a ‘kangeroo court’.

CAFE, apparently, is limited to making submissions only on the main argument but not in procedural matters. Because we did make several other submissions, we, too, are under fire. We’ve been threatened. On November 1, Cousineau wrote: “CAFE is cautioned that its conduct in respect of Ms Oger’s costs application was improper [we were not supposed to make a submission] and that I will revoke its intervenor status if its attacks on Ms Oger continue.” [So, you shut up!]

Let’s just say, things are getting nasty. Mr. Whatcott has an excellent Victoria-based lawyer Charles Lugosi. We have paid for some legal work for our submissions thus far. The Tribunal will run from December 11-17 in Vancouver. I reckon the costs of our participation during the hearing will be $5,000. We desperately need your support today!

I am heading to Vancouver and the bank account is almost empty! We need your support TODAY. Earlier this year, the globalist censors at PayPal arbitrarily cancelled our account. Thus, we must rely on two old fashioned payment methods:

Thanking you in advance for your support for the cause of free speech and, if it is not too politically incorrect, wishing you and your family a VERY MERRY CHRISTMAS, I remain,

The European spring is spreading

Police in the Netherlands have arrested the leader of Dutch ‘yellow vests’ movement ahead of planned nationwide protests against “political correctness” and open border policies this weekend.
According to De Telegraaf, at around 9:45am this morning, “police arrested an activist of the ‘yellow vests’ in Maastricht for incitement via social media.”
The same man was arrested during last weekend’s yellow vest demonstration in Maastricht.
According to another member of the group, who argues that the arrested man has only ever been peaceful, the arrest is an effort to intimidate other protesters from joining the movement.
The ‘yellow vest’ movement is an organic uprising of working European citizens irate at their government’s open border and high taxation policies.
Dutch citizens will again take to the streets this weekend in Amsterdam, Rotterdam, Maastricht, Groningen, and The Hague to protest against “political correctness,” open border policies and left-liberal Prime Minister Mark Rutte.
The group is calling for a lowering of the age at which pensions can be received, a reduction in excise duties and, according to one protester, the revolt is a statement “against the hardening of society.”
“Freedom of expression is under pressure, we have to be politically correct. It is a struggle,” said Ms Deerenberg.
“With the demonstration, I want to show that we want a voice,” she remarked, adding, “The problem is that we are no longer being heard. A lot is being decided over our heads.”
Organizers have banned banners, flags, or face coverings/balaclavas, perhaps in an effort to deter left-wing agitators.
Following weeks of protests across France, some of which turned violent, the French government announced it would permanently cancel planned gas tax hikes.
However, the demonstrations were not just about fuel tax and protesters have vowed to hit the streets again this weekend.
As we previously highlighted, the bulk of the demonstrators appear to be lower middle class and working class people who live in the countryside and small towns who have been left behind by globalism.
Demonstrators have seen their cost of living rise while migrants from the Middle East and Africa continue to arrive at taxpayer expense.
Last week, demonstrators scrawled scrawled “Macron resign” and “The yellow vests will triumph” on the famous Arc de Triomphe monument in Paris, while Macron, whose approval rating has sunk to 23 per cent, was also pelted with an egg during a public appearance.
https://www.infowars.com/police-arrest-leader-of-dutch-yellow-vests-ahead-of-nationwide-protests-against-political-correctness/
THE PRICE OF FREE SPEECH IN BRITAIN

www.britainfirst.org,
For the past 9 months, I was either behind bars or forced to reside in a dirty, disgusting probation hostel filled with drug addicts, paedophiles and murderers.
My 9-month ordeal was – to be blunt – horrific. 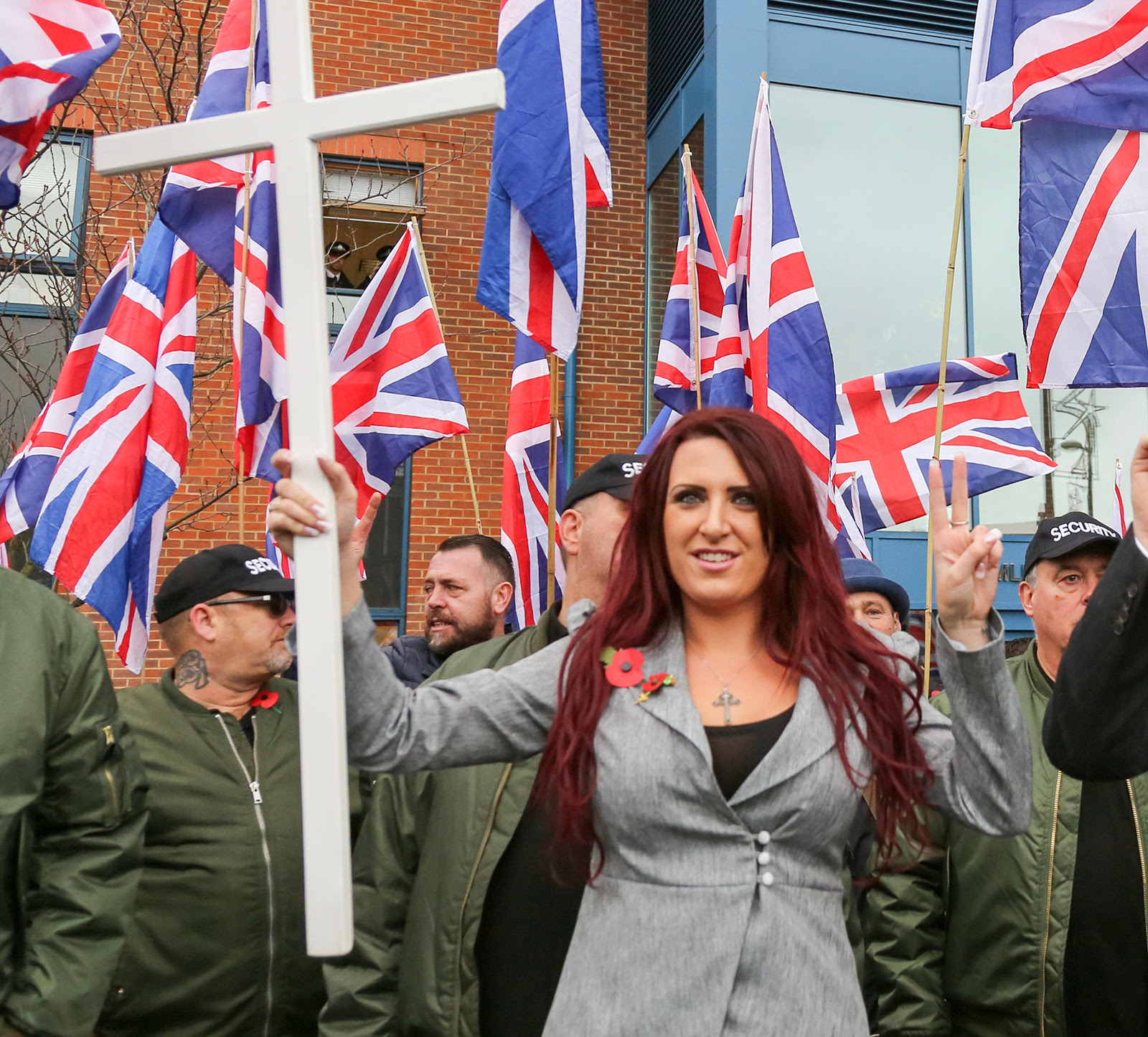 After being sentenced for exposing a gang of Afghan child rapists, I was loaded into a cramped and freezing prison transport van and taken to a ‘Category A’ women’s prison called HMP Bronzefield, near London.
Bronzefield is home to some of the country’s most prolificsex offenders, paedophiles, murderers and Islamic terrorists.
Whilst these vile animals were free to roam the wings with enhanced privileges, I was immediately cast into the dungeon-like segregation unit.
I was forced to endure complete isolation and disgusting conditions for a long and grinding six weeks.
During that period, I was banned from associating with anyone, banned from going to church and deprived of any perks available to the child rapists on the normal wings.
Whilst I was in Bronzefield, a convicted Muslim terrorist prisoner paid another inmate to get down to the segregation unit and kill me.
After the first six weeks of rancid isolation – in a cold and heavily stained cell – I was transferred to another women’s prison, HMP Downview.
Downview is yet another grim prison full of child molesters and killers. 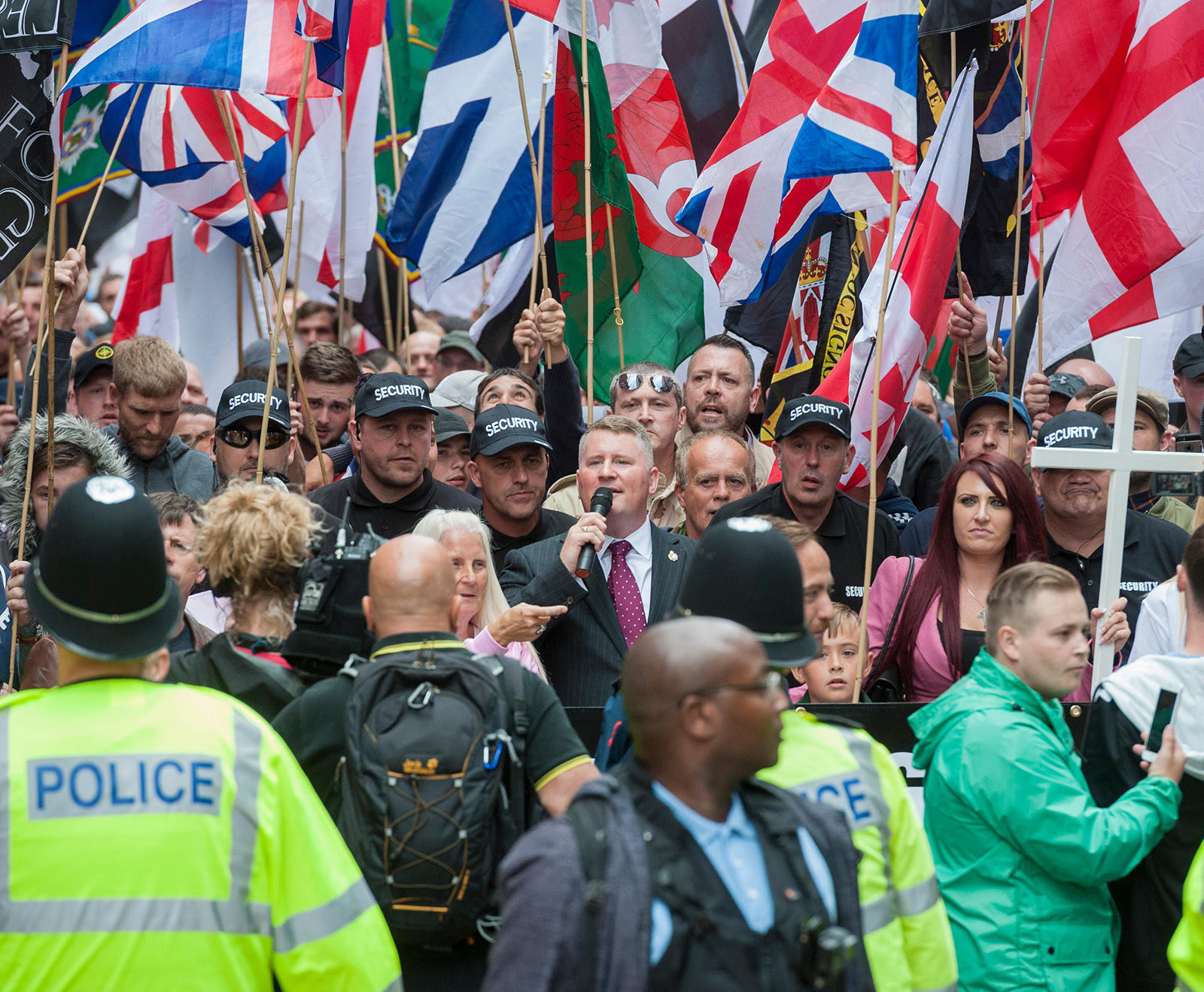 I managed to stay out of segregation and was put into the ‘normal’ prison regime living on the same wing as high profilepaedophiles.
After a short while the inmate who was sent to kill me in Bronzefield was also transferred to Downview.
When I was finally released from prison, I quickly learned Iwasn’t going to be allowed to return home.
Instead, I was grabbed by two car loads of ‘SO15 Counter Terrorism Command’ officers and forcibly taken to a secure probation hostel with 24-hour surveillance in the South of England.
The jobsworth Gestapo at the Probation Service forced me to ‘live’ in this hell-hole for a further four and a half months, surrounded by degenerate druggies, alcoholics, paedophiles and child killers.
This hostel was in a multicultural cesspit area and my licence conditions stated that I couldn’t associate with anyone involved in Britain First, so for four and a half months I had no security or protection.
I was in my own ‘living hell’ that I could not escape from!
As soon as my licence ended and I was kicked out of this hostel, the Probation Service started to harass and torment me.
They threatened to send me immediately back to prison if I did not live in a hotel in London, costing me a fortune every single night for the next 8 months! 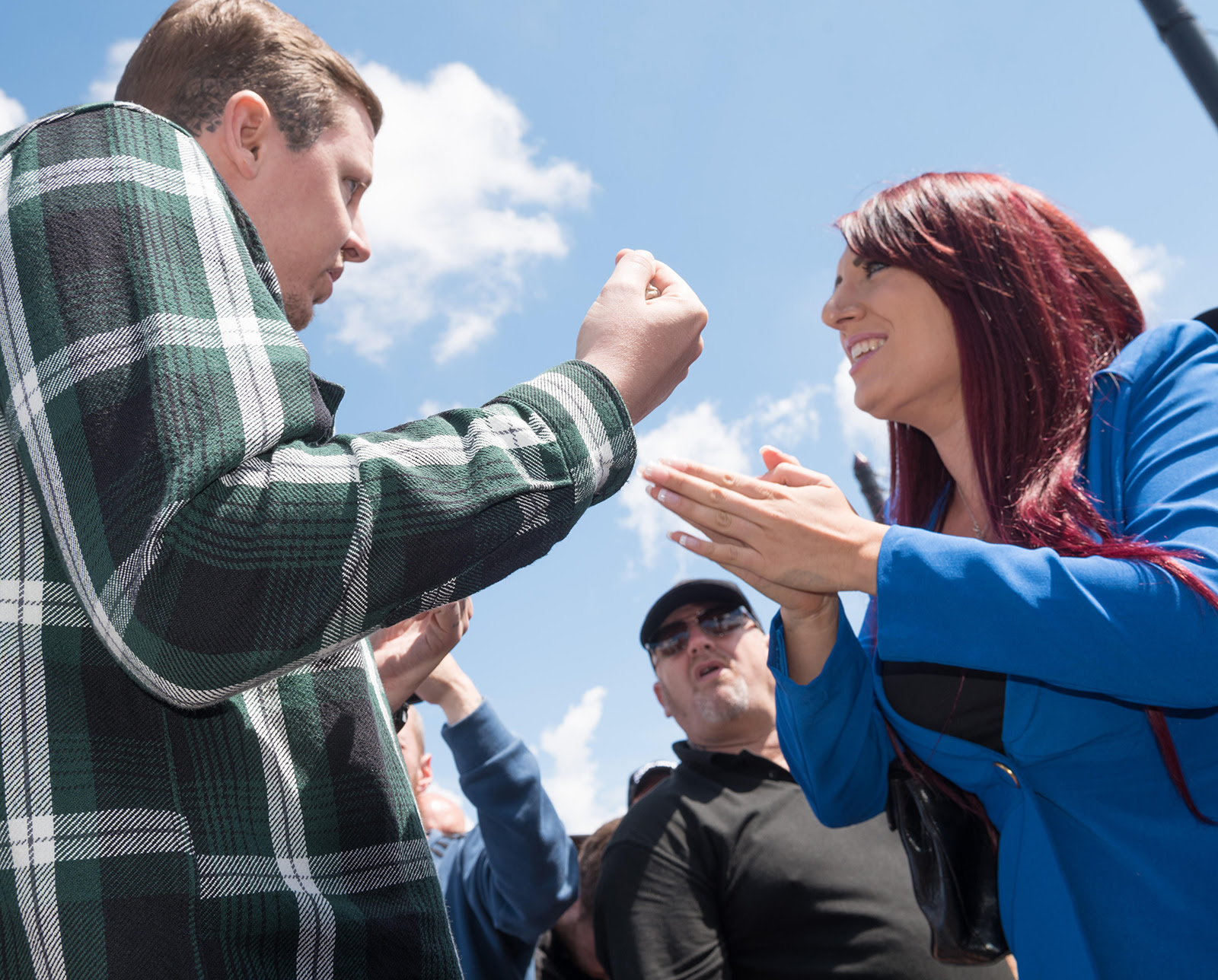 They want me to leave my home standing empty whilst I shell out thousands of pounds to live in a hotel room until July 2019!
As if that is not ludicrous enough, they are demanding I give them 10 working days’ notice to see any of my family or friends!
I feel like I have walked straight out of jail into a parallel universe.
From beginning to end, this has been a tough, stressful andexasperating ordeal.
I have only been off licence for two weeks, but already I am staring prison in the face once again with my upcoming trial for ‘Hate Speech’ in Belfast.
On 14-15th January Paul Golding and I will be stood once again in the dock facing prison, this time in Northern Ireland.
After just serving a 9 month sentence I am faced with the harshreality of serving another 12 months behind bars. 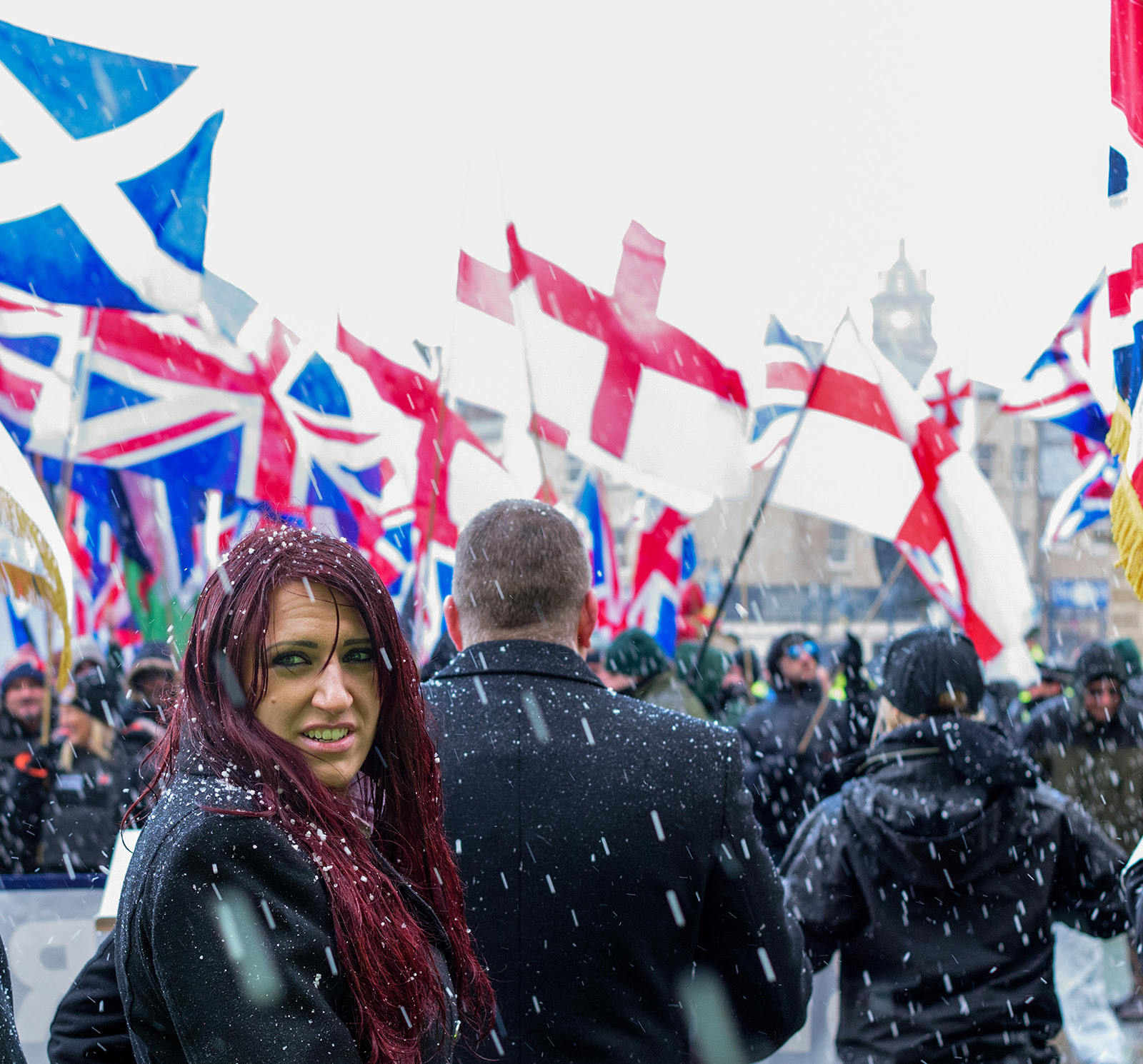 Apart from the fact that this upcoming court case will be alandmark decision as to whether free speech is dead in our once great nation, it is also yet a further assault on my personal liberty.
The authorities have no problem stooping so low as to lock up a woman for being a patriot and confronting child rapists – like that is not a natural thing to do!
This time they are hoping to ‘hit the jackpot’ by sending me back inside for the second time within a year.
My determination to fight against corruption and persecution has only strengthened over the last 9 months, but I am going to be totally honest with you Elsa, I do not want to go back to jail. 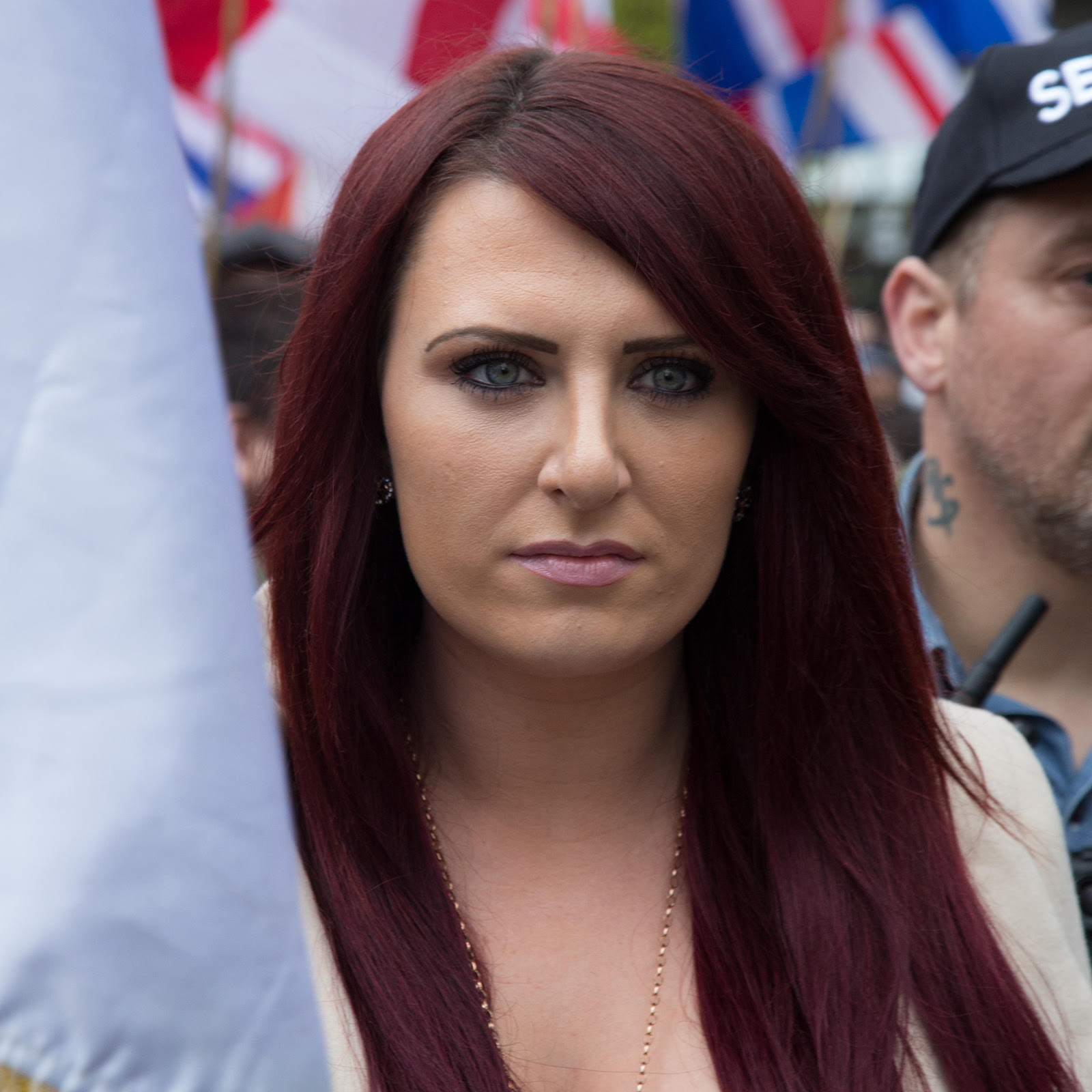 At the end of the day, I am merely a woman who is devoted to her country and people.
Should constant spells in prison facing attacks, threats to my life and disgusting conditions in cold dirty prison cells really be my ‘penalty’ for loyalty and patriotism?
I have only 7 weeks until I am back in the dock, so we are preparing to mount our most ferocious and stubborn legal defence to date:
Belfast Trial Fund
Target: £15,000
Raised so far: £2,105
Name: Elsa Schieder
Recommended: Chip in £20
Elsa, you are my only hope of beating this savage assault on my freedom and keeping me at home where I belong.
I am asking for your help. Can I depend on you?