While I live in Port Credit, I have an office in Etobicoke. As a taxpayer, let me tell you what I expect from the Toronto Fire Services. I expect brave, trained, competent firemen to respond quickly and professionally to emergencies, especially fires, to which they might be called.

What they do on their own time is no concern of mine. If they drink too much, act rowdy, tell crude jokes, that’s their business. I expect them to be professional, fit and competent on the job. Their salary should pay for their dedication on the job; it should not necessarily buy us a saint off the job. 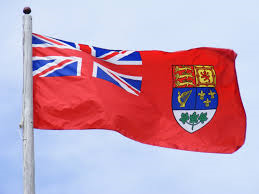 That brings me to recent disturbing press reports about your decision to first suspend and then fire three of your firemen. According to the Canadian Press of August 22, 2013, you called yourself  an “agent of change” trying to  correct the “culture”  at the Toronto Fire Department. The recent suspension (August 22) and firing three weeks later of three Toronto firemen for sexually insensitive twitter comments on their own cellphones on their own time makes one wonder whether “agent of change” shouldn’t be read as “agent of the thought police”? The Toronto Fire Service didn’t even have a policy about the use of social media on one’s own time, but, hey, fire the outspoken tweeters anyway; they were, in that catch-all of political correctese being “inappropriate”.

Your action has trampled on these men’s right to freedom of speech. While the comments quoted may have been juvenile and silly, when it comes right down to it, we are paying these men for their courage and competence on the job, not for their social skills or proper attitudes.

I hope you will reconsider and rehire these men.

THE TYRANNY OF POLITICAL CORRECTNESS:TORONTO FIREMEN FIRED FOR INAPPROPRIATE TWEETS
Toronto Fire Chief Jim Sales calls himself an “agent of change” trying to politically correctify the “culture”  at the Toronto Fire Department. The recent suspension (August 22) and firing three weeks later of three Toronto firemen for  sexual insensitive twitters comments on their own cellphones on their own time makes one wonder whether “agent of change” shouldn’t be read as “agent of the thought police”? The Toronto Fire Service didn’t even have a policy about the use of social media on one’s own time, but, hey, fire the outspoken twitters anyway; they were in that catch-all of political correctese “inappropriate”.
The Canadian Press (*August 22, 2013) reported: “Bringing change in culture and attitude to Toronto’s firefighter community is not easy, the city’s fire chief said Thursday as he announced the suspension of two members over comments made on Twitter. The suspensions came after a published media report said two firefighters had posted several sexist messages on Twitter, including one that read “Reject a woman and she will never let it go. One of the many defects of their kind. Also weak arms.”

Fire Chief Jim Sales said the two firefighters — identified as Matt Bowman and Lawaun Edwards — have been suspended with pay, but he wouldn’t comment on specific details of the case. Chief Sales said Toronto Fire Services is conducting an internal investigation on what he called ‘a personnel matter. I came here as a change agent,’ said Chief Sales, who has served with Toronto Fire Services for more than three decades.

‘I’m committed to that, and some of that is the culture and some of that may be the attitudes. Change in the fire service sometimes doesn’t come quickly or easily,” he said. “We’re an evolving organization.

Chief Sales said he was made aware of the tweets from reports in the media. The National Post first reported the controversial tweets in a story published Aug. 10. Toronto Fire Services does not have its own policy on social media, but it follows all protocols for City of Toronto staff, said Chief Sales.

‘I think any form of social media should reflect on the Toronto Fire Services positively, when our staff are using it understand that they are in the public realm,’ he said. ‘We don’t condone negativity brought to the fire service by individual members or other members.’”

Okay! Got it. So, no negativity can be brought by employees to the Toronto Fire Service, even comments that have nothing to do with fire fighting, made on their own time to other people. Now, that’s tyranny.

So, for a couple of semi-humorous misogynistic fat boy comments three men lose their jobs.

Columnist Elizabeth Renzetti (Globe and Mail, September 20, 2013) shrewdly asked after the men were fired: “How much of your time does your employer deserve? Eight hours? Or is it the whole day, and the evening too? More important, how much of your public identity do they control? Does every thought you express need to reflect a golden light on the people who write your cheques? On your own time, are you allowed your beliefs, even if they’re repellent?

The case of three firefighters dismissed from their jobs this week is instructive – and alarming. Two of them, Lawaun Edwards and Matt Bowman, were investigated after their sexist tweets were exposed in a National Post story this summer. One of Mr. Bowman’s tweets read, “I’d never let a woman kick my ass. If she tried something, I’d be like HEY! You get your bitch ass into the kitchen and make me some pie.” Mr. Edwards, responding to a tweet about a woman using the word “like” too much, wrote, “Would swat her in the back of the head been considered abuse or a way to reset the brain?”

The tweets, apparently, quoted a couple of (distinctly unfunny) TV shows. The Toronto Fire Department launched an investigation, first suspending and then firing Mr. Bowman and Mr. Edwards, as well as a third firefighter who is unnamed but may have posted something offensive on Facebook. The key word here is “offensive.” Not illegal, or threatening to a specific individual, but distasteful. The firefighters weren’t tweeting on official City of Toronto accounts.A statement read by Toronto Fire Chief Jim Sales said, “The Toronto public service fosters a corporate culture that sets the highest standard of integrity, professionalism and ethical behaviour. It is our expectation all employees demonstrate and uphold these core values.”

There’s no indication that these firefighters were let go for any transgressions committed at work, on the company dime. If they’d made lewd comments or overtures to colleagues, that would be one thing, and you could understand that the hatchet would fall. But, in essence, they’ve been fired for (at worst) holding a set of beliefs that the rest of us find offensive or (at best) having a stupid and juvenile sense of humour. They’ve been fired for expressing their thoughts, however idiotic those thoughts are. I’m not sure that’s a road we want to be travelling.”

Shouldn’t the Chief’s concern be the competence, training, strength and courage of the firemen, not their off-work comments and attempts at humour? The public who pay their salaries expect their courage and competence at the risky job they are required to do. One of the long range curses of Cultural Marxism or political correctness is that ideology trumps competence. In this case, apparently having the |”right” opinions is more importance that ability on the job