Prime Minister Trudeau received plaudits when, on a recent state visit to China, he boasted of Canada’s commitment to free expression, which he presented as a “true Canadian value”. The prime minister exalted “a diversity of ideas, and the free ability to express them” because freedom, he said, is what drives positive change. Perhaps he and others had forgotten that as leader of the Opposition he prohibited anyone opposed to abortion from running for federal office for the Liberal Party. If that was 2014 and this is 2016, there is more. On May 26, 2016, the Minister of Public Services issued an order banning a publication from Canada Post.

Minister Foote’s Interim Prohibitory Order prohibits James Sears (and his agents) from using Canada’s national mail service. On its face, the Order draws no distinction between sending a postcard, paying a bill, and circulating Your Ward News, the publication targeted by the Minister. The authority for that Order is found in s.43, a little known and rarely used provision of the Canada Post Corporation Act (“Canada Post Act”), which allows the Minister to halt the delivery of mail that is connected to the commission of offences.

Under the Canada Post Act, a s.43 Order is presumptively final within ten days. Once the Interim Order is made there is no further process, and the Minister has no burden to justify a ban. In just ten days, the Minister can permanently prohibit a person from using Canada’s mail delivery service without her consent. 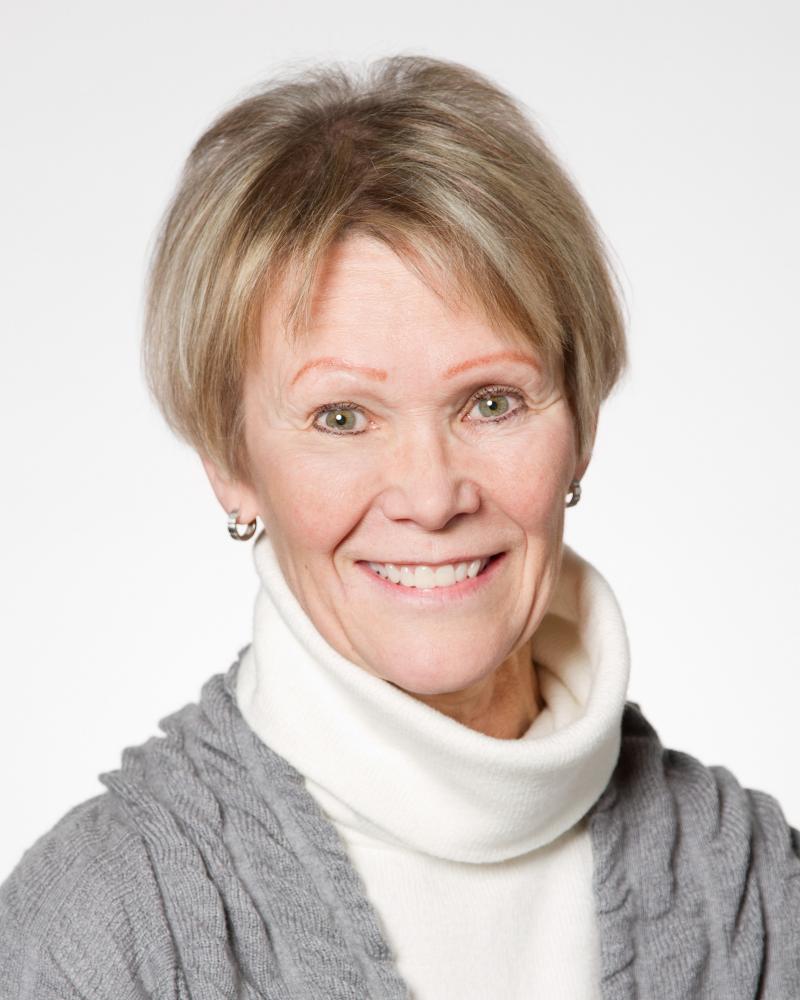 It is no secret that Canada Post can be used for a range of criminal purposes. In 2013, the National Post reported that the mail service routinely transports a variety of contraband and illegal goods, including guns, drugs, and even a rocket launcher. This summer, three venomous snakes – mountain pit vipers – were found in a package mailed from China. These revelations may make Canada Post a more dangerous place than most imagine. Spring of 2016 is when the delivery of Your Ward News became dangerous enough to attract the sanction of a prior restraint order.

Presumably the Minister is not interested in Mr. Sears’s postcards or personal mail. Rather, her letter makes clear that the target is Your Ward News and that the purpose of the Order is to take the publication out of circulation.

Your Ward News is reportedly delivered by Canada Post to approximately 305,000 addresses in Toronto, and is self-styled as “the world’s largest anti-Marxist publication”. Admittedly, many would describe it as scurrilous. Proudly and self-righteously offensive, Your Ward News aims at and succeeds in being as offensive as possible from cover to cover.  Its pages glorify Hitler, pillory equality and diversity values, insult visible minorities and other communities, trade in distasteful and marginal sexual content, and vilify public and news figures by name. James Sears is the editor in chief of this publication, whose back issues, incidentally, can be found online.

Householders and postal carriers have complained that Your Ward News intrudes into their safe psychological and physical space. Before the Minister took action, Toronto police had investigated and decided against laying charges under the Criminal Code’s hate propaganda provisions. Meanwhile, in a bid to have delivery of the publication stopped, human rights litigant Richard Warman appealed directly to Minister Foote and Canada Post Corp. In March 2016, Canada Post’s general counsel told Warman that “it is not open to Canada Post to censor the mail”.

Two months later, the Minister exercised her power under s.43 to do just that. Though Canada Post cannot stop Your Ward News from publishing, banning its circulation is censorship just the same, as the corporation’s general counsel acknowledged. Your Ward News is not dangerous like a gun, rocket launcher or snake, but has been banned because it is considered offensive and harmful.

The Minister’s Interim Prohibitory Order is insidious for two reasons: first, it constitutes a prior restraint; and second, it bans Your Ward News from Canada Post without due process of law.  On its face, the Order bans Mr. Sears (and colleagues) from sending any mail, and for that reason alone is overbroad and disproportionate. More to the point, banning a publication in advance, on the basis of assumptions about what future issues might contain, is the most draconian step a state can take to censor unwelcome views.

Essentially, prior restraint attaches a presumption of guilt to words or a publication that are not yet written. This is plainly antithetical to the Charter’s guarantee of expressive freedom, which is based on the opposite principle that expressive freedom is presumptively protected, or innocent in nature, until the contrary is proven. That presumption is not displaced until the state discharges its burden of demonstrating why limits on expressive freedom are justified.

Prior restraint is a heavier and more draconian sanction than subsequent punishment. Where suspicion is warranted, charges can be laid and the criminal justice system can determine the question of innocence or guilt. Prior restraint pre-empts the freedom without a process. The Minister’s Order is a case in point; she has not yet explained her action, much less been held accountable for an Order that manifestly violates the rights of Sears and his colleagues.

It compounds the violation that the Canada Post Act provides little or no due process for anyone named in a s.43 Order. Though it takes effect in 10 days’ time, a Final Prohibitory Order can be forestalled by requesting  a review is requested under s.43(2)(b). The request triggers an obligation on the Minister’s part to appoint a three-member Board of Review to conduct an inquiry (s.44(1)).

The imbalance in these provisions is worth noting. The Canada Post Act allows the Minister to move pre-emptively and remove mail from the system, at her sole discretion and with a presumption of finality. There is no symmetrical timeline requiring her to strike a Board of Review within ten days, or in any time frame at all. Mr. Sears and his colleagues have now been banned from Canada Post for almost four months and the Minister has not yet named a Board of Review, as required.

Once again, there is more. Minister Foote’s letter to Mr. Sears relies on an omnibus statement that she has reasonable grounds to believe Your Ward News includes hate propaganda and defamatory libel. In the absence of particulars, the Minister appears to have acted on an opinion that the publication is generically criminal. Though Mr. Sears has engaged his right to a review and is entitled to appear before the Review Board, it is unclear how and by what process the panel will proceed, when it is eventually named.

Your Ward News is a notorious and unwelcome piece of mail at most addresses where it is delivered. It is probable that many or most care little that it has been banned from the mail. But no one is compelled to look at unwanted mail, and disposing of it places no more than a minimal burden on unwilling recipients.

Canada Post is a service, national in scope, which provides a forum for the circulation of a wide variety of personal, commercial, political, and advocacy materials. Exercising a discretion to decide whether mail should be delivered or to discriminate against mail containing certain points of view is outside the mandate of the postal service and a violation of expressive freedom. Canada Post should not be screening mail and nor should carriers refuse to deliver material they consider objectionable. Most problematic is the Minister’s statutory power to issue peremptory orders which are censorial in nature and not subject to a process of review that is timely and fair.

The Minister’s Interim Order defies the prime minister’s declaration that Canada welcomes diverse ideas and protects the ability to express them freely. It demonstrates that whether in China or Canada the most important lesson must be taught and learned over and over. Once more, it is the freedom of those who hold unpopular and defiant views that matters; they are too often defenceless in the face of dominant, majoritarian views. It may be difficult to understand or accept but paradoxically, our freedom is theirs, and theirs is ours; the two are inseparable.

Jamie Cameron is a Professor of Law and has been on the full-time faculty at Osgoode Hall Law School since 1984. She holds law degrees from McGill University and Columbia University, clerked at the Supreme Court of Canada for the Hon. Justice Brian Dickson, and was on the faculty at Cornell Law School before joining Osgoode. Her teaching and research interests include constitutional and Charter law, American constitutional law, criminal law, the Charter’s fundamental freedoms, and s.7’s principles of fundamental justice. In addition to her own scholarship she has organized many conference and events, was editor-in-chief of the Osgoode Hall Law Journal (2006-9), and has been the editor and co-editor of a dozen book collections, including the annual Constitutional Cases volumes, The Charter’s Impact on the Criminal Justice System, Reflections on the Legacy of Justice Bertha Wilson, and The Charter and Criminal Justice: Twenty-Five Years Later.

Freedom of expression and the press are areas of particular interest and expertise; she has represented the CCLA on free expression and press issues at the Supreme Court of Canada and in 2011 organized a full-day symposium titled In the Public Interest: The Law and Ethics of Investigative Journalism. Professor Cameron was a Vice-President of the Canadian Civil Liberties Association for twenty years, served for ten years on the Board of Directors of the BC Civil Liberties Association, and remains on the CCLA Board of Directors today (since 1992). She completed a six-year term on the Academic Freedom & Tenure Committee of CAUT in 2012, and was a Director of the Harry Crowe Foundation (2012-2014). In 2013, she was appointed to the Ontario Review Board, the decision-making tribunal for mentally disordered criminal offenders (Part XX.1 of the Criminal Code).