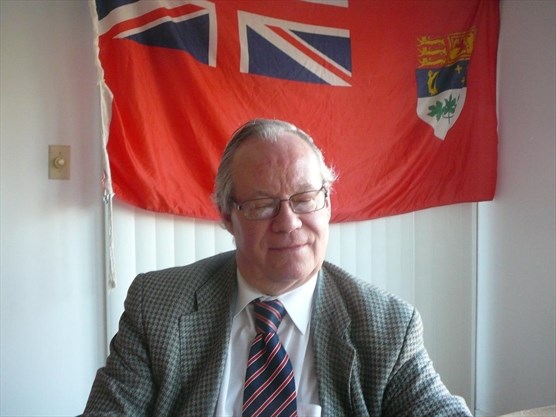 Paul Fromm, an avowed white nationalist and infamous far-right activist, is asking to publicly address councillors over his concerns their proposed hate prevention policies are limiting free speech. – Hand out

After a summer sizzling with hate issues, a new hot potato has landed in city council’s lap.

Councillors will debate Wednesday whether to accept or reject Fromm’s delegation request.

They also have to decide whether to grant delegation status to Lisa Thompson, a member of the Hamilton yellow-vest group, which protests in front of city hall every Saturday.

Fromm, a Hamilton resident, says he was “shocked” by some of the hate prevention initiatives council floated earlier this summer in the wake of the Pride brawl at Gage Park and ongoing yellow-vest demonstrations.

“I don’t think it’s up to city council to play referee on various points of view,” Fromm said in an interview.

“I was shocked I was hearing this in Hamilton, not Havana.”

Emma Teitel: On the subject of gay marriage, why…

Deirdre Pike: Feasting on words before a silent…

Fromm’s request lands after months of controversy, which saw: fisticuffs at the Gage Park Pride celebrations between white nationalist/homophobic protesters and Pride supporters/anarchists; criticisms of police response to the clash; the swarming of Mayor Fred Eisenberger’s home by LGBTQ+ activists/anarchists; and a city hall investigation ending with the departure of city IT worker Marc Lemire, who was linked to a former white nationalist group.

Against that background, the dilemma Fromm presents councillors is plain as a red flag.

By allowing him to address the general issues committee, they’ll almost certainly be lambasted for giving a platform to his ultraright agenda. But by rejecting his request, they run the risk of being criticized for suppressing free speech.

The mayor is well aware of how tricky the situation is. After all, he spent a good part of the summer trying to build bridges with the LGBTQ+ community after being accused of responding indifferently to its concerns.

Eisenberger told The Spectator that denying Fromm the five minutes of speaking time allotted to delegates could become a “bigger issue” than having the committee chair simply police his comments to ensure he’s doesn’t say “hateful things.”

But in the end, Eisenberger stated the obvious: the request is open to consideration by council.

For his part, Coun. Sam Merulla bluntly states he won’t support Fromm’s bid because he’s a known white nationalist. He believes council should refuse to listen to him.

“If he wants to appeal it, he has every right to. But I think his track record speaks for itself, and it’s something not welcome at city hall.”

Fromm, 70, is the director of the Canadian Association for Free Expression, which bills itself as a political group committed to free speech, immigration reform and “political sanity.”

In 2018, he ran for mayor of Hamilton, racking up 706 votes. In 2007, the Ontario College of Teachers took away his teaching license for unprofessional conduct outside the classroom because he participated in white supremacist events and held beliefs contrary to tolerance and multiculturalism.

He previously supported Holocaust denier Ernst Zundel, who was deported back to Germany in 2005 after the courts judged him a security threat.

Fromm denies being a white supremacist but happily agrees he’s a white nationalist.

“As a white nationalist, I do not want to see the European founding/settler people of this country swamped, and that’s what’s happening with mass immigration over the last 40 years.”

He says hate speech is a “term of abuse” that doesn’t apply until someone has been charged and convicted of it.

And he says if council won’t listen to his concerns, it’s a “sad comment on democracy” but indicative of a time when people are “terrified to open their mouths.”

Whatever council decides to do, the debate may be the torrid capper to this long, hot summer.