Just a heads up. On returning to Canada Monika Schaefer was detained by Canada Border Services (the border thought police) in Calgary for three hours. They seized five of her books including  Government by Deception. They said the books would be examined for hate speech. [No, she didn’t land in North Korea, she landed in Canada. You know, with Trudeau’s lying Charter of Minority Rights & Lack of Freedoms.]

She had a Koran on her I think but they did not touch that, despite its obvious and open hate. 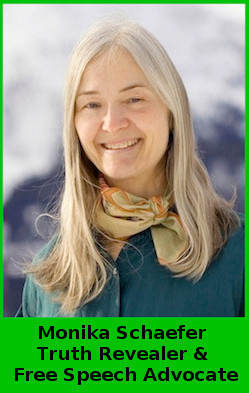