Britons awake! This trial isn’t about me, it’s about all of us 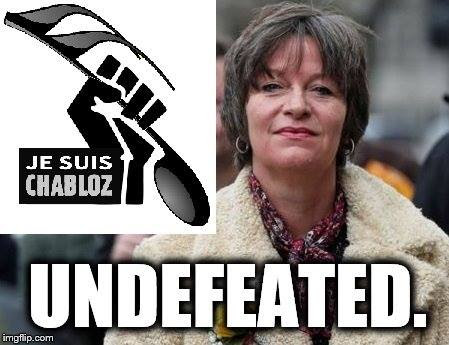 They came from far and wide in defiance of this latest assault on our freedoms. From Lancashire, Liverpool, Scotland and all the way from Canada – thank you Mr Fromm! The media coverage was glorious – mostly down to so many turning up in support, me being handed flowers outside court and general media astonishment at my songs being played in court. And no, I certainly did not sing along – nor did I mouth the words. Where this fake news originated I have no idea – perhaps a reaction to my song Find Me Guilty? In particular, the line:

I’ll sing my way to court in high heels and a frock
Give the press a winning smile from inside the dock!

After the day’s proceedings, – my trial now bizarrely adjourned (again) to March 7th – I fell ill with food poisoning and had to be ushered into a taxi (my high heels thankfully not ruined). A sickly night followed and I’m still not 100%. That’ll teach me not to eat fresh Shetland mussels (one of which clearly wasn’t that fresh) the night before a court hearing.

The next morning, I awoke to a 30-day Facebook ban (for publishing a fake news post, clearly tagged as #fakenews) and 60 emails from YouTube informing that my entire library was now subject to sandboxing restrictions. My channel still exists, but no longer appears in searches either on Google or on YouTube. In any case, over half my videos are banned in the UK in order to comply with some non-existent local law. Clearly, my accusers and their team of trusted flaggers have been very busy. Still, 4.5k views on Facebook of my little Christmas ditty won’t please them.

Asides all the mainstream coverage, there have been several alternative media broadcasts. Two of The Fetch’s recent Inside the Eye Live! shows have featured segments on my case, including last Thursday’s Oy Vey Moment (worth a listen just for the jingle – from about 34 minutes in).  Dennis’ second show features an interview with Ross who came to support me last Wednesday, also well worth a listen, from about 80 minutes in. Ditto regards last night’s Radio Aryan edition of  The Daily Nationalist with Sven Longshanks and Jez Turner.

This coming Thursday, you’ll be able to hear me in conversation with Andrew Carrington Hitchcock on Euro Folk Radio (recorded a few days before last week’s court appearance but a great show nonetheless) and next Monday, I’ll be the featured guest on the Graham Hart show when, if all goes well, you’ll be able to hear one or two of my songs.

Once again, HUGE thanks to those who came in support last Wednesday. As the title of this piece confirms – my trial is not about me, it’s about us all. See you March 7th, same time same place.

If you would like to support Alison, please see the right-hand sidebar where you will find links to PayPal and BitCoin.

Comments, likes and shares are of course also welcome. You can also find Alison on Gab, and on her new Facebook backup account.