Now Some Posties Want to Get into the Censorship Business

Political correctness is a poison practised by meddlers. The latest effort by the pure of twisted of heart and empty of head to silence views they don’t like is a protest by some members of the Canadian Union of Postal Workers (CUPW) against a populist local newspaper in the East End of Toronto called Your Ward News. The content that got the wannabe censors in a lather was a flyer for a new political party The New Constitution Party started by local personality James Sears.

CUPW, at its best is tied to the leftist New Democratic Party. In years gone by, it has also been home to a surprising number of communists.  Wikipedia notes: “CPC-ML members are active in several trade unions, particularly the Canadian Union of Postal Workers.” The precious dears at CUPW are worried they may be delivering “hate propaganda.”
Metro News (March 26, 2015) reports: “Canada Post workers are up in arms after they say they were forced to deliver a “hateful” flyer to some 4,500 homes in Toronto’s Beaches-East York neighbourhood. The newsletter, titled Your Ward News, features images of Ontario Premier Kathleen Wynne dressed up as Chairman Mao, questions the science behind vaccines and refers to former prime minister Pierre Trudeau as a ‘rabid anti-Semite who admired Hitler.’

‘We started getting calls from carriers as soon as it showed up,’ said Mark Brown with the Canadian Union of Postal Workers 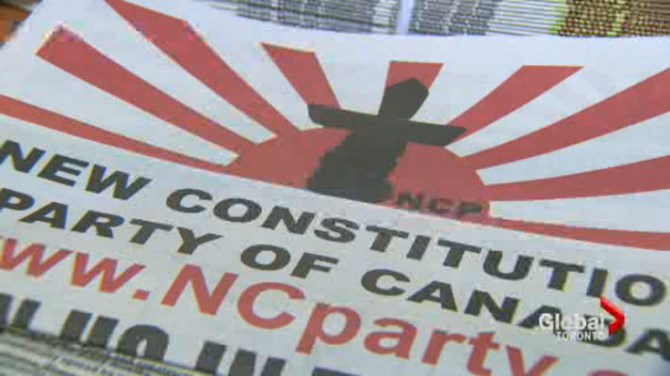 A community newspaper called Your Ward News has created a conflict between the postal workers’ union and Canada Post management. ‘We believe that it could be hate mail,” said Mark Brown, national president of the Canadian Union of Postal Workers. ‘Our members are very concerned about delivering this type of mail.’

Flipping through the paper’s March issue, Brown takes exception to several images. A ‘Name That Nazi’ trivia game that edits a picture of late former Prime Minister Pierre Trudeau to put him in a Nazi uniform is one. He also points out another image, comparing John Tory to Olivia Chow, which superimposes the Mayor’s face onto his former competitor’s body.

The paper was formerly delivered by the paper’s own carriers, but a contract took effect this month leaving it in the hands of Canada Post. The union has asked that its members not be forced to carry it if they object to it. Brown says one carrier that expressed his opposition was given fewer issues to deliver, but told he wouldn’t be allowed to stop carrying them altogether.

‘We believe that our members should not be disciplined for raising legitimate concerns as it relates to hate mail,’ says Brown. A spokesperson for Canada Post told Global News in an email the magazine doesn’t fall within the corporation’s non-mailable matter guidelines.

‘We do not have the right to refuse a mail item because we or our employees object to its content,’  the statement read. ‘The content is the sole responsibility of the publisher, who is clearly identified in the newsletter. Anyone who has concerns about the content should either contact the publisher or simply dispose of it.’ In response to that, CUPW has asked Canada Post to cover the papers in non-transparent wrap, like they do for adult magazines.

The newsletter’s editor-in-chief, Leroy St. Germain, said critics are just upset about their political stance. ‘The unions are all friends with the NDP. I’ve been going after NDP candidates…It just seems to me like they’re all out of line,’ he said.

St. Germain says Your Ward News deals with opinion, and a bit of satire, not discrimination. He compares it to Charlie Hebdo overseas and says any Toronto mail carriers that refuse to carry it should be charged. ‘A postman has no right to be judging what’s in my mail or anybody else’s mail.” The paper is produced as a community flyer by the New Constitution Party of Canada, an unregistered party, led by James Sears; a former city council candidate who has said he will run in the next federal election as an independent. …

Canada Post is paid to distribute the paper to all addresses in a specific area whether people want it or not. The union says it has received at least one complaint about it from a customer.”