“Memorial for lawyer draws controversy, July 13
I find it astonishing that such vitriol should be poured out over a remembrance service for a member of the legal profession who passed away so tragically and at such a relatively young age. She broke no laws in her representation of persons whose opinions are not “politically correct” and her actions were no more reprehensible than those of criminal lawyers who specialize in representing those accused of breaking the Criminal Code. Barbara Kulaszka’s professional activities were of considerable assistance in breaking the anti-democratic stranglehold over free speech exercised by the notorious Section 13 and we owe her a debt of gratitude for that. Jeff Goodall, Oshawa” – Toronto Star, July 16th, 2017.

The absolute deluge of vile hatred and venom over Barbara Kulaszka’s remembrance meeting at Toronto’s Richview public library shows the fanatical intolerance and loathing the “politically correct” elites have for anyone daring to disagree with their point of view.

It has been said that leftists always express their firm belief in the rights of others to hold different opinions, but then go into a state of severe shock – followed by rage – when they discover to their amazement that there are, in fact, other opinions…

Far too many columns and editorials have been spewed out on this issue for me to list them all, but I will identify four of them – one in the Toronto Star quoting “victimhood” professional Bernie Farber (1) – which was far “better” than his column in the Toronto Sun, by the way – one by none other than Elise Hategan of “Race Traitor” fame writing in the Canadian Jewish News (2); and, particularly noteworthy for her vicious, stereotypical hyperbole, is the Toronto Sun’s Liz Braun (3).

Plus, there is an interesting item in the National Post worthy of quoting (4).

Bernie Farber rather confusingly states that “Barbara Kulaszka was a fellow traveller in hate groups in this country. She provided legal counsel to neo-Nazis, racists and bigots, and in fact ensured, through some of the work that she did, that hate laws and neo-Nazis and even Nazi war criminals would not be prosecuted in this country.”

Surely the successes that he accuses her of clearly demonstrate that the courts, up to and including the Supreme Court of Canada, very often agreed with her well-argued cases – you need to do better than that, Bernie! Saying that “Her legacy, if she has one, is one of increasing and permitting hatred in Canada” is obviously the sour-grapes whining of a loser. 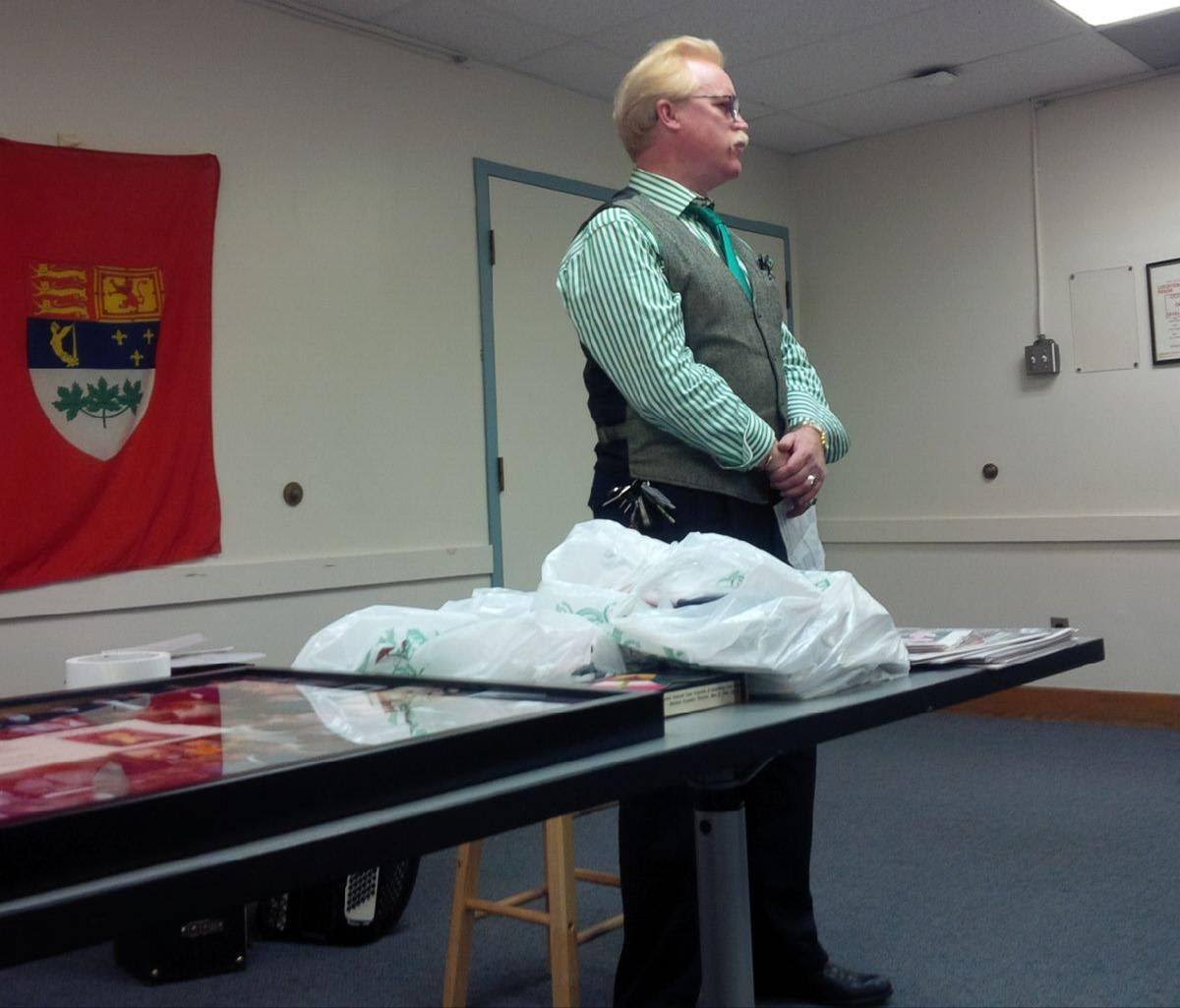 Hategan’s item is headed by a photo of an Aryan Guard street action in Calgary ten years ago, and the article quoting Farber (and the National Post item) is headed with a photo of three masked toughs dressed in black who stood across the street from the library.

They refused to identify themselves, never tried to enter, and may well have been “planted” to create a false atmosphere of potential violence in hopes this would cause the meeting to be cancelled.

While Hategan does little more than re-hash her “Race Traitor” experiences and try to tie them in to the Kulaszka remembrance, Braun goes to town with such gems as “Kulaszka’s thing was freedom of speech cases; it is a widely held view that she was philosophically on-side with many of her clients” – Braun offers no evidence – and she refers to the attendees as “These pathetic anti-Semitic/anti-black/anti-female/homophobic/Islamophobic/etc. garden variety bigots…”

And, while harping on Mayor John Tory’s “deep concern”, she fails to mention that his involvement was, according to a number of MSM reports, actively solicited by Jewish interests.

I don’t doubt at all that Kulaszka’s work editing Zundel’s book “Did six million really die?” was a professional engagement intended to avoid legal problems arising from the wording of the book; there is no reason to believe she agreed with the contents, or that she did anything other than check it over and edit it for legal risks to her client.

In his article “Far-right extremists converge at memorial for Toronto lawyer” in the National Post on July 12th (4), which was headed with another photo of the unidentified “goons”, Joseph Brean observes that “Kulaszka, who died last month aged 64 but whose death was not publicized until Tuesday, is famous among the Canadian far right for winning acquittals under the law for people charged with hate crimes, or even undoing the laws used to charge them… She was largely responsible, for example, for the fact that Canada has no law against false news and no human-rights ban on internet hate speech, and for the fact that no Nazi has been convicted in Canada of war crimes.”

Barbara Kulaszka was a credit to her profession who served her clients well.

This entry was posted on Sunday, July 16th, 2017 at 5:35 pm and is filed under Canadian Interest, Human Rights Industry / Free Speech / “Hate”, Letters / Columns / Coverage, Reference & Background Material, White European Interest. You can follow any responses to this entry through the RSS 2.0 feed. Both comments and pings are currently closed.