The Arrest that Wasn’t 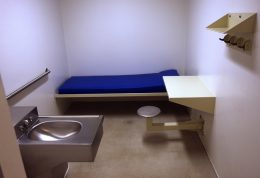 No doubt, you’ve heard of Dr. Greg Johnson’s recent arrest and deportation from Norway that occurred prior to his scheduled speech at this year’s Scandza Forum in Oslo. The outcome was far better than we feared. Johnson was not banned from Schengen. He was not even banned from Norway. Moreover, significant questions have arisen regarding the actual legal circumstances under which Johnson was arrested. While it’s plainly obvious that this arrest was political, not much attention has been paid to the murky mechanisms by which Johnson was actually placed into custody.

News broke of Johnson’s arrest almost immediately after it occurred on Norwegian news outlets, specifying that police arrested him under Section 106 of the Norwegian Immigration Act. Confusion over what actually happened begins here: 106 only details the reasons for which a foreign national may be expelled on the grounds that they have deliberately provided false information or otherwise evaded the normal process of entering the country. Johnson did none of those things: He did not arrive in Norway with a fake passport, having committed a crime, or having attempted to dodge a connection elsewhere inside of an airport. This detail – which is being mostly overlooked by those glancing at one of the many news articles on the incident and satisfied by seeing some kind of legal statute pertaining to this incident referenced – was mentioned by Johnson’s lawyer, John Christian Elden.

In an interview with Scandza organizer Fróði Midjord, Elden stated that Johnson was taken into custody by police under Section 126 of the same act. This particular statute makes allowances for the government of Norway to order the removal of any person for “fundamental national interests” and “foreign policy considerations” as they relate to a particular individual’s visit to Norway. In Johnson’s case, this statute was invoked on account of the false allegation that he expressed support for Anders Behring Breivik’s terrorist attacks in 2011.

Because of this, Johnson was not truly “arrested” in the sense of the word we usually understand in the West. He was taken into custody immediately outside the Scandza Forum venue under rules that pertain to immigration, not criminal offenses. It’s curious that he wasn’t stopped at the airport, where such things generally take place. Officially, Dr. Johnson was placed under “detention, pending removal,” which the government has argued does not actually qualify as arrest or deportation – despite the fact that Johnson was being held inside a detention facility and forced to either accept a flight out of the country on behalf of the government or purchase one himself. The government also argues that he was not actually jailed, since the facility that Johnson was held inside is administered by the police, and not corrections officers, per the regulations set forth in the statute he was arrested under. Because of this, the Norwegian government almost explicitly admits that Johnson’s presence in Norway was not a crime, nor was the means by which he entered the country.

While Johnson is an obvious target for persecution, the rest of us would do well to observe a few rules while traveling internationally in order to avoid troubling situations like this one, especially within Europe and Anglophone North America: