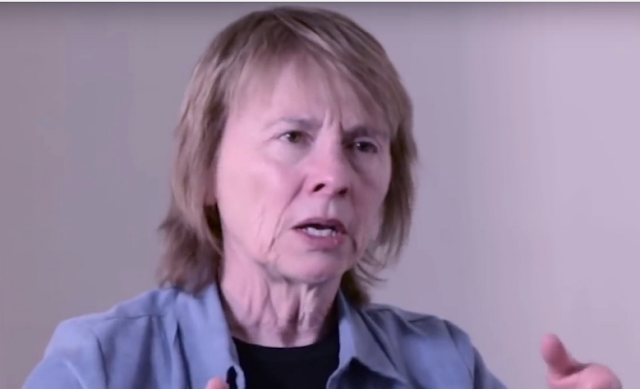 In this age of adults charged with running college campuses actually bowing in terror to every woke demand of leftist students, it was only a matter of time before the youngins at University of the Arts in Philadelphia would go after Camille Paglia, a world-renowned, outspoken feminist and professor at the school.
Paglia, you see, is a longtime liberal. But she’s often voiced views that liberals — particularly of the far-left persuasion — don’t like.
When Hillary Clinton was running for president, Paglia wrote that Clinton’s “blame-men-first-feminism” wasn’t doing her campaign any favors. Soon after that Paglia pointedly asked, “What is it with the Hillary cult?” And after Clinton lost the election to President Donald Trump, Paglia ripped the Democratic nominee, saying misogyny didn’t lose her the election.

Why are students angry at Paglia?

Which brings us to the verbal dust-up at the University of the Arts. Students there launched a recent petition saying Paglia “blatantly mocked survivors of sexual assault and the #MeToo movement, and in classes and interviews has mocked and degraded transgender individuals.” For that they’re demanding the school oust Paglia and replace her with a “queer person of color.”
Paglia, inconveniently, is a lesbian. Not that it’s won her many lesbian fans, mind you: “My problem is that I do not get along with lesbians at all,” she told the Independent several years ago. “They don’t like me, and I don’t like them.” But Paglia indeed is not a person of color, and that just won’t do with this cadre of leftist youths.
In regard to their issue with Paglia not genuflecting before the #MeToo altar, the students’ petition points to the following clip in which Paglia excoriates bad female behavior amid a “bourgeois culture of excuses”:
Inside Higher Ed said Paglia’s comments about transgenders in a 2017 interview likely ruffled left-leaning feathers.
“It is certainly ironic how liberals who posture as defenders of science when it comes to global warming (a sentimental myth unsupported by evidence) flee all reference to biology when it comes to gender,” she noted to the Weekly Standard. “Biology has been programmatically excluded from women’s studies and gender studies programs for almost 50 years now. Thus very few current gender studies professors and theorists, here and abroad, are intellectually or scientifically prepared to teach their subjects. The cold biological truth is that sex changes are impossible. Every single cell of the human body remains coded with one’s birth gender for life. Intersex ambiguities can occur, but they are developmental anomalies that represent a tiny proportion of all human births.”

What does the school have to say?

Sadly it appears the University of the Arts students won’t be getting Paglia ousted anytime soon, as their petition also takes a shot at school president David Yager, saying he should apologize “for his wildly ignorant and hypocritical letter.”
Inside Higher Ed said Yager’s letter — which doesn’t mention Paglia by name — was distributed as students began urging her dismissal:

Unfortunately, as a society we are living in a time of sharp divisions—of opinions, perspectives and beliefs—and that has led to decreased civility, increased anger and a “new normal” of offense given and taken. Across our nation it is all too common that opinions expressed that differ from another’s—especially those that are controversial—can spark passion and even outrage, often resulting in calls to suppress that speech.

That simply cannot be allowed to happen. I firmly believe that limiting the range of voices in society erodes our democracy. Universities, moreover, are at the heart of the revolutionary notion of free expression: promoting the free exchange of ideas is part of the core reason for their existence. That open interchange of opinions and beliefs includes all members of the UArts community: faculty, students and staff, in and out of the classroom. We are dedicated to fostering a climate conducive to respectful intellectual debate that empowers and equips our students to meet the challenges they will face in their futures.

I believe this resolve holds even greater importance at an art school. Artists over the centuries have suffered censorship, and even persecution, for the expression of their beliefs through their work. My answer is simple: not now, not at UArts.

The University of the Arts is committed to the exercise of free speech and academic freedom, to addressing difficult or controversial issues and ideas through civil discussion, with respect for those who hold opinions different from our own. Supreme Court Justice Louis Brandeis’ 1927 advice still holds true today: that the remedy for messages we disagree with or dislike is more speech and not enforced silence.

How is Paglia reacting to all of this?

Paglia told Inside Higher Ed that she considered protests against her “a publicity stunt” by those who don’t understand her ideas — and she praised Yager’s “eloquent statement affirming academic freedom [as] a landmark in contemporary education” and hoped other schools will see it as a model for how to “deal with their rampant problem of compulsory ideological conformity.”