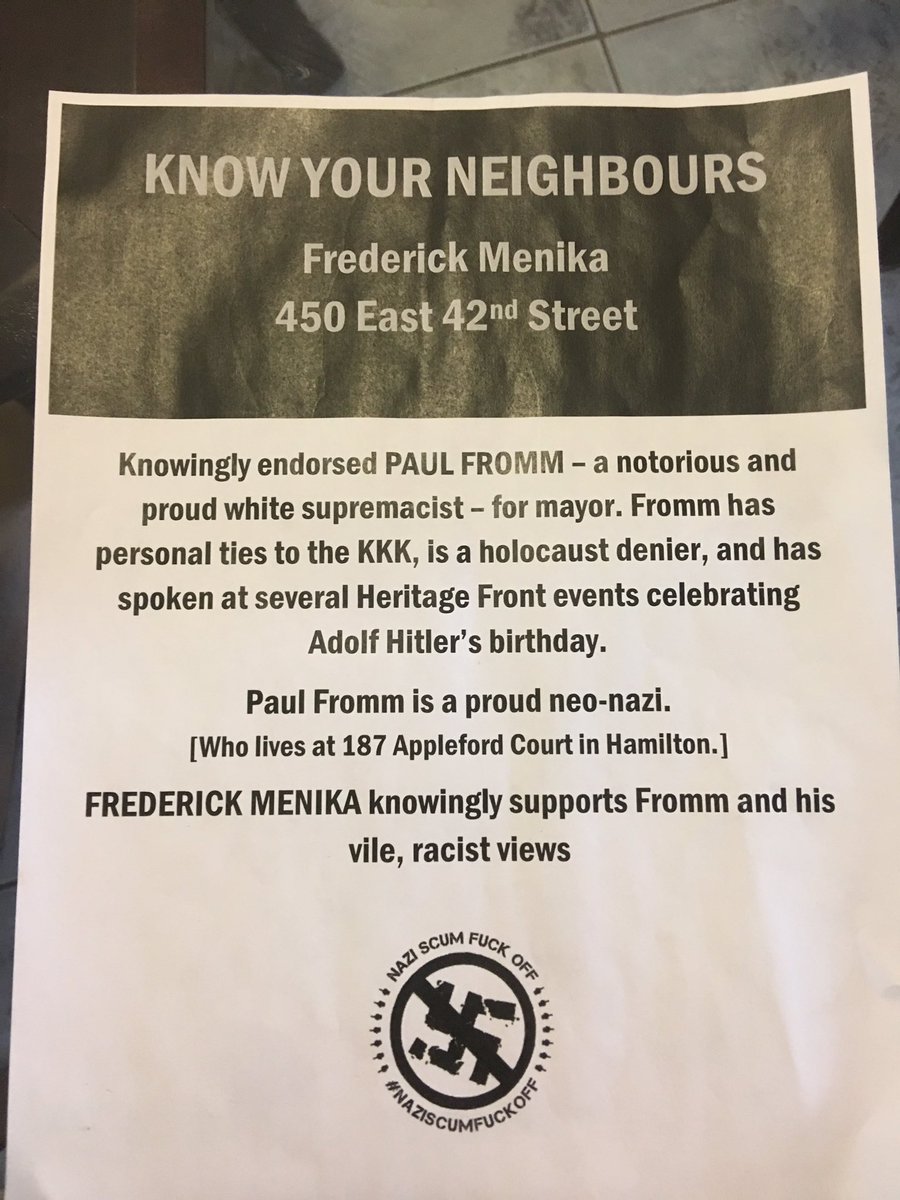 HAMILTON, October 17, 2018. “I have called on the City Clerk of Hamilton and the Hamilton Police Service to urgently investigate posters glued near the residences of several people who signed my nomination papers. These posters are anonymous and libellous and are meant to intimidate voters and interfere with the election process,” said Mr. Fromm, who is a candidate for Mayor in Monday’s election, announced today.

A candidate’s nomination papers can be examined at City Hall and photocopies obtained for a fee.

The posters advise “Know your neighbours” and then list the person’s name and street address. The poster makes some defamatory comments about the candidate and then again names the person who “knowingly supports Fromm’s vile racist views.”

The only identification on the posters is the hashtag “Nazi scum fuck off”.

“In fact, while I approached a few friends to sign my nomination papers, most of the people I approached were strangers. I made it quite clear that they were not promising to support me or vote for me but just helping me to get on the ballot,” Mr. Fromm said.

On the nomination form, the person states:  “I endorse ___ as a candidate and declare that I am a qualified elector in this municipality.”

“These cowardly posters wildly distort the endorsement process,” Mr. Fromm added. “They maliciously violate the privacy of the persons providing an endorsement and ascribe views to them which they have never proclaimed.”

“These are anarchist goon tactics!” he added.

“I am bringing this to the attention of the Mayor and other mayoralty candidates in case they have been victimized by similar posters,” he said.