Note:  On the face of it, it  is remarkable that so many people, often in middle class jobs, are still willing to behave in politically incorrect ways when they almost constantly have before them examples  peopel accused of pc “crimes” which result in their loss of their job at best and criminal charges at worst.  But it is not so surprising when one thinks about. People have a natural resistance to being told they cannot express their honest views and feelings and the very act of making such thing effective illegal  increases the  desire to say them. In addition, the fact that political correctness  runs against human nature means that Nature will out sooner or later. Finally, some political correctness is  unintended because the parameters of political correctness are forever shifting  so that what may have been untouched by political correctness one day is politically incorrect the next. RH James Damore, the engineer who wrote the memo, said he was exploring all possible legal remediesCREDIT: REUTERS

Internet giant Google has fired the male engineer at the centre of an uproar in Silicon Valley over the past week after he authored an internal memo asserting there are biological causes behind gender inequality in the tech industry.
James Damore, the engineer who wrote the memo, confirmed his dismissal, saying in an email to Reuters on Monday that he had been fired for “perpetuating gender stereotypes”.
Mr Damore said he was exploring all possible legal remedies, and that before being fired, he had submitted a charge to the US National Labor Relations Board (NLRB) accusing Google upper management of trying to shame him into silence.
“It’s illegal to retaliate against an NLRB charge,” he wrote in the email.
Google, a unit of Alphabet Inc based in Mountain View, Calif., said it could not talk about individual employee cases.
Google Chief Executive Sundar Pichai told employees in a note on Monday that portions of the anti-diversity memo “violate our Code of Conduct and cross the line by advancing harmful gender stereotypes in our workplace,” according to a copy of the note seen by Reuters. It was not  clear what legal authority Damore could try to invoke. Non-union or “at will” employees, such as most tech workers, can be fired in the United States for a wide array of reasons that have nothing to do with performance.
The US National Labour Relations Act guarantees workers, whether they are in a union or not, the right to engage in “concerted activities” for their “mutual aid or protection”.
Damore, though, would likely face an uphill fight to seek that protection based on his memo, said Alison Morantz, a Stanford University law professor with expertise in labour law.
“It’s going to be a hard sell that this activity was either concerted or for mutual aid or protection, rather than simply venting or pitting one group of workers against the others, which does not sound very mutual,” Ms Morantz said.
Debate over the treatment of women in the male-dominated tech industry has raged for months. Claims of persistent sexual harassment in the ranks of Uber Technologies Inc and of several venture capital firms led to management shakeups.
Management at the largest tech firms, including Google, have publicly committed to diversifying their workforces, although the percentage of women in engineering and management roles remains low at many companies.
Damore’s memo attacked the idea that gender diversity should be a goal.
“The distribution of preferences and abilities of men and women differ in part due to biological causes and … these differences may explain why we don’t see equal representation of women in tech and leadership,” Damore wrote in the internal company memo last week.
Google’s vice president of diversity, Danielle Brown, sent a memo in response to the furore over the weekend, saying the engineer’s essay “advanced incorrect assumptions about gender”. 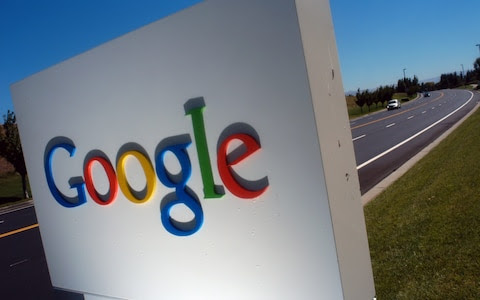 AGoogle employee’s manifesto arguing that programmes increasing race and gender diversity be replaced with a commitment to “ideological diversity” has spread rapidly across social media sparking a furious backlash.
The 10-page document, apparently drafted by a senior male software engineer, was initially posted on the company’s internal forum.
Critics reacted angrily to its argument that the lack of women in tech companies was down to genetic factors, saying it was evidence of Silicon Valley’s hostility to women and minorities.
“I’m simply stating that the distribution of preferences and abilities of men and women differ in part due to biological causes and that these differences may explain why we don’t see equal representation of women in tech and leadership,” the author writes, according to a version posted by Gizmodo.
He goes on to argue that the company’s diversity drives have created a “politically correct monoculture that maintains its hold by shaming dissenters into silence”.
And the document also suggests that men have a greater drive for status, in contrast to women who may be less interested in coding and have a greater connection to “people and aesthetics”.
The provocative essay, entitled “Google’s Ideological Echo Chamber”, first began making waves on Friday. A string of Google employees expressed their anger as the document spread internally.Before long, details of the manifesto leaked out and the outrage snowballed.
For many it was confirmation of biases common among the white men who dominate Silicon Valley. Google’s new vice-president of diversity, integrity and governance, Danielle Brown, sent a memo to staff distancing the company from the views.
She said it was not a viewpoint endorsed by Google.
“Diversity and inclusion are a fundamental part of our values and the culture we continue to cultivate,” she wrote.
“We are unequivocal in our belief that diversity and inclusion are critical to our success as a company, and we’ll continue to stand for that and be committed to it for the long haul.”